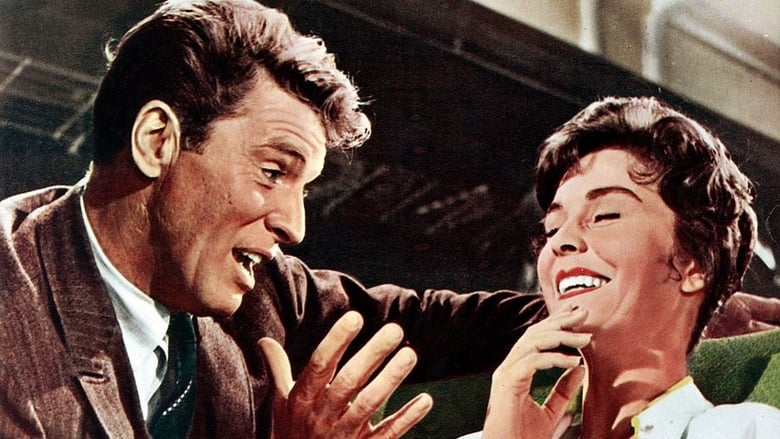 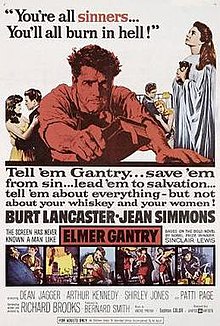 An Oscar nominee for Best Picture of 1960, Elmer Gantry is a riveting character study wrapped inside a sprawling and dramatic epic that tackles some very prickly subject matter like the validity of organized religion, religion for profit and how the lines can so quickly blur, the concept of religion as circus side show, and watching crowd sensibility turn to mob sensibility and back again.

Burt Lancaster plays the title role, a fast-talking, hard-drinking, womanizing traveling salesman whose skeletal acquaintance with the bible allows him to attract the attention of Sister Sharon Falconer (Jean Simmons) a traveling Evangelist whose outer conviction regarding spreading the word doesn't always have the pure intentions that she implies. Gantry uses his abilities as a salesman to hypnotize Sister Sharon and become part of her travelling sideshow, to the point where Gantry starts to believe his own press, constantly monitored by a cynical reporter (Arthur Kennedy). Gantry and Sharon find their profitable venture crashing down around them when his past catches up with them in the form of a prostitute from Gantry's past named Lulu Bains (Shirley Jones). 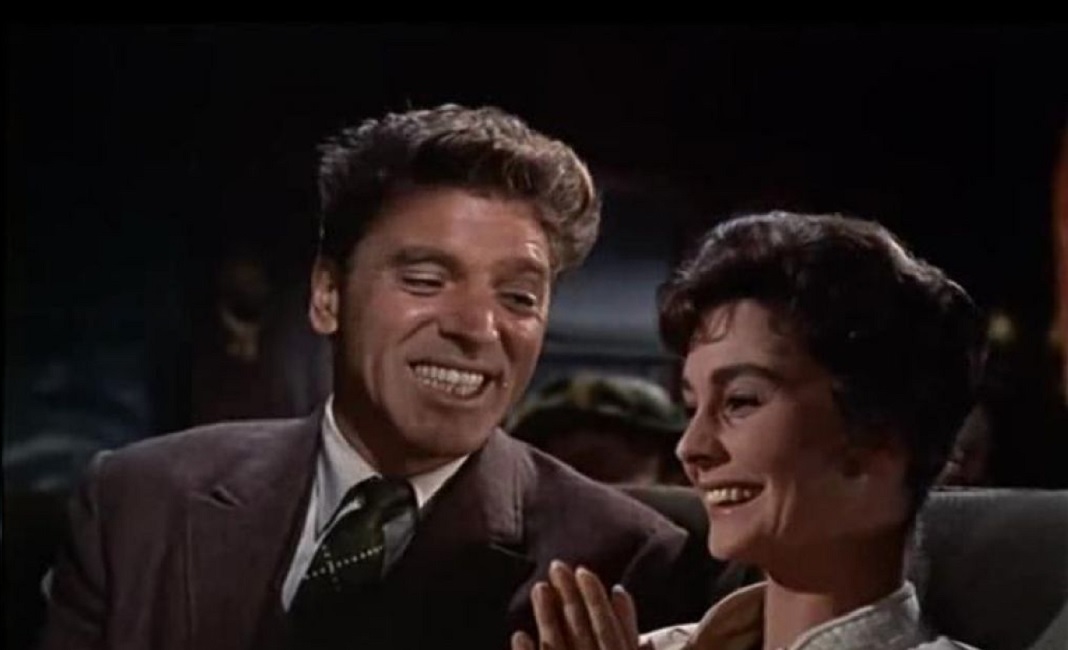 Director Richard Brooks adapted this sometimes uncompromising drama from a novel by Sinclair Lewis, producing a screenplay that asks a lot of uncomfortable question and provides no easy answers , especially regarding the often blurred lines between religion and finance and the validity of evangelism as opposed to true theology through ordination from an accredited university. I love the fact that this film addresses all of these questions, providing both sides without really taking sides. Though the story is a little on the melodramatic side, it features some three dimensional characters who are all revealed to be flawed and not what they appear on the surface.

Lancaster got the role of a lifetime here and won the Oscar for Outstanding Lead Actor (though, personally, I think he has done better work) and works well with Simmons, who is basically playing a non-musical version of the role she played five years earlier in Guys and Dolls. Shirley Jones surprised a lot of people with her eye-opening turn as prostitute Lulu Bains, a performance that won her the Oscar for Best Supporting Actress. I'm not sure if the performance was Oscar worthy or that people were just so shocked to see Jones playing a prostitute that they gave her an Oscar for being cast against type and not being blown off the screen. Also loved Kennedy as the cynical reporter and Dean Jagger as Sister Sharon's guiding force. It's a bit on the melodramatic side but for 1960, this was some powerful stuff that still holds up surprisingly well.
» More about Elmer Gantry
» More reviews of Elmer Gantry
» More reviews by Gideon58