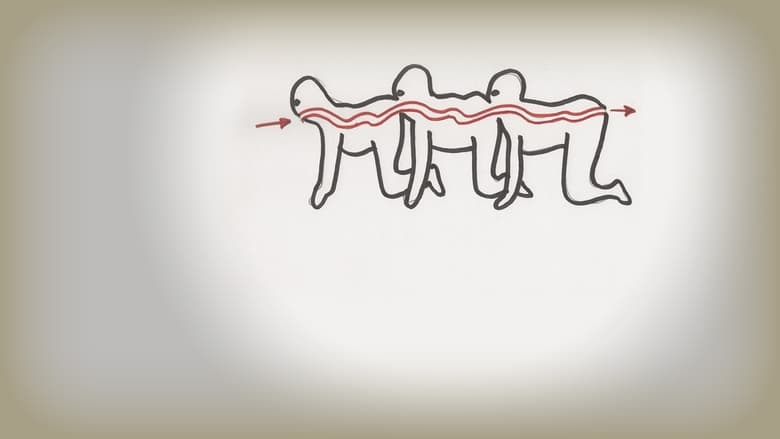 by CiCi
posted on 3/09/16
in
Thanks you all for voting this thread number 12 on the review countdown! I was, and still am, astonished. This has also made me put my arse in gear (that joke will quickly become clear

), and I'm getting back to reviewing! The Shining is swiftly approaching, but as a prelude to it of sorts, I'll review another one of the most polarising horror films of all time, The Human Centipede!

The plot follows a deranged scientist (Dieter Laser). Who, after retiring from an innovative career in separating siamese twins, turns his interests to more sinister creations, that I'm sure need no introduction

Positives
Although potentially unintentional, the film made me grimace in the most simplistic of scenes. Watching a needle pop out of one of the victims arms to leave a nasty scratch effectively played on my gargantuan fear of needles. I frantically patted away at my laptop screen when that happened, in a futile attempt to block it, and it even makes me cringe just typing about it

But then, seeing a badly infected face probably played on some people's phobias, for it was very detailed. Licking blood, smelling pus, are other small scenes that are likely included to play on the potential fears of some watchers. He certainly tries to affect as many of us as he possibly can.

What isn't up for debate though really, is Six's invasion of moral boundaries, he certainly went far beyond what any of us most likely would ever think of, and shoved it in our faces (quite literally). However, Six even admitted that this film was just to introduce us to the concept of the centipede, and not to fully explore it in all of its grotesque nature. He saved that for number 2 without a doubt (I haven't seen 3 yet, so I can't comment on that). Consequently, it is quite original, and immediately stands out from a genre filled with countless imitations and rehashes. Although this doesn't make the film immediately outstanding, it is something I think is worthy of recognition and praise in even attempting.

I enjoyed the ending too, it was one part of the film I felt truly worked; it was powerfully emotive. Seeing Jenny dying (from what I presume was septicaemia) whilst consoling the only other living member in the chain by simply holding her hand as she cries out of hopelessness was probably more powerful and impacting than any other scene in the duration of the film. It worked on many levels, namely it maintained the depressing tone of the film, yet also implemented hope into it through showing a simple act of humanity in a world where compassion gets you drugged and mutilated, and selfishness prevails. It's a memorable ending, and I hard time forgetting this single scene.

Negatives
In many ways, Tom Six is almost a Dutch reincarnation of the infamous Marquis De Sade whose catalogues of sadism wrapped in cataclysmic plots evidently serve as a primary source of inspiration, particularly Salo. However, I'm not sure if taking this figure as an inspiration for a film was a failure in itself. When reading, we have to imagine what is being described, and I think it's safe to say that the human imagination is far more vivid and unrestrained than anything a production company could create. Therefore, when reading one of the Marquis' books, for example, we probably imagine the acts in a more graphic manner than what ever could be enacted in real life. This film is restrained, we see very little to repulse or offend us, it's all implied. And because we can't see the faces or even hear the voices of the two women who have to endure this hell, we can't determine the full extent of their reactions, making it harder for us to pity people who are already underdeveloped. Consequently, this makes extended scenes of a woman looking at an anus a bit tedious. The film essentially fails to deliver on its obvious intent to disgust and offend us (then again, the second film went completely to the opposite end of the spectrum!

)
I'm not saying this would be better a book either, but offering more detailed descriptions and reactions would almost certainly be more intense and horrifying than anything we saw in this.

Developing on the characters, they're paper thin. The doctor is the stereotypical deranged scientist, and Mr Laser's embodiment of him probably just emphasises this. Additionally, the American tourists have very little to them, and most of the time, they simply offer cliched lines. Like I said above, the most telling scene that makes those two characters authentic is their consolation of one another in the ending scene. If Six showed us more interactions like this, the characters could have been iconic, considering that's what the film is at this stage. Yet it's not, it suffers from weak dialogue crafting (the ending monologue of the Japanese character dragged on too long, and was stereotypical, and finally adequately delivered).

That's another thing, the acting is not so good. I was prepared to let Laser off, because scanning through his credits on IMDb, most of his films are German language, and so I thought he might be uncomfortable performing in English. But that wasn't the case. He delivers lines in his native tongue, but he's just as bad even then in all honesty. The leading ladies (Ashley C. Williams and Ashlynn Yennie) are passable, but not terrific, but a part from crying, they had little else to do. The other leading character, Akihiro Kitamura, is average as well, although I found his final monologue a bit excruciating.

Conclusion
I have mixed feelings about this film, it's crafted very well, and a lot of effort and care clearly was put into creating it, and it is hugely original in its own way. But it falls short in a lot of aspects, the acting is pretty bad, the dialogue is pretty crappy most of the time, and a few of the scenes drag on and on and on (the chase between the centipede and an injured Laser, Lindsay's escape scene). I'd like to give it higher, but it is pretty forgettable