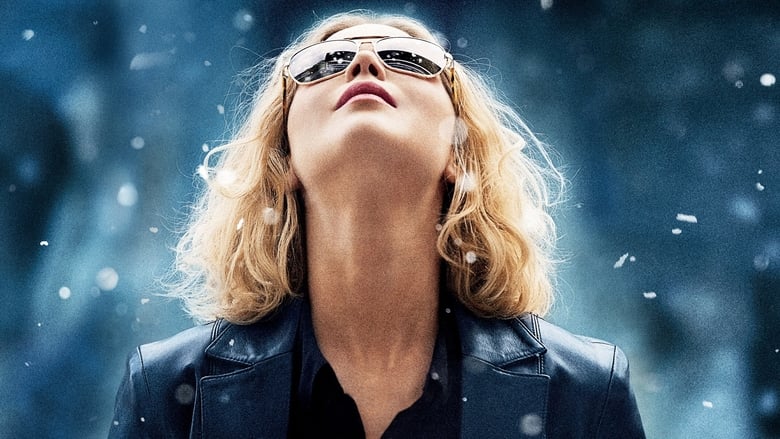 Don't ever think that the world owes you anything, because it doesn't. The world doesn't owe you a thing.

*it may contain spoilers*


Joy presents itself as an attempt of a fresh take on a very typical oscar-bait movie: the biopic. Sadly, it doesn't go beyond the attempt.

Joy Mangano (Lawrence) is a poor and overworking divorced mother of two children who lives with her disfunctional family that in addition to being completely dependant on her are also faithless on her ability to be more than a house wife that will always struggle to get some food on the table.
Despite all the negative influence, Joy's imagination and ambition are powerful and she manages to invent a revolutionary mop, which she will try to develop and sell. Despite the fact that this mop eventually turns into a success, she has to endure a path of betrayal, jealousy and corruption (starting with her own family), hardships that she will surpass (or else this would have never become a movie).

What first caught my eye (or in this case, hear) was the sountrack. Composed by some famous jazz, classical and rock-and-roll songs, the music was highly responsible for other positive features of this film: a frenetic pacing and a very light atmosphere.
These two features added to some quirky dialogues and surrealistic dream sequences and flashbacks gave this film a very interesting potential, that could have turned the very basic plot into a fullfiling experience.

However, Joy remains as flat as the synopsis would suggest.
The underdeveloped characters made impossible for any actor to perform well here. Even Joy, the title character, seemed exactly the same during the whole movie (the only reason I see possible for Jennifer Lawrence winning that Golden Globe is that she did the most what she could with almost zero material - and I don't want to believe that she was the most deserving actress of the year.)
The whole family seemed like one-dimensional caricatures of pessimistic morons, which lead to completely forgettable performances by everyone involved. There was also a very short appearance of Bradley Cooper as an executive who first believed in Joy's idea, but whose character suffers from the same problem as the rest.
There seemed to be a slightly romantic chemistry between him and Jennifer Lawrence that I found completely needless, as it lead to nowhere.
Another very distracting feature was the constant out-of-focus framing, especially on indoor scenes! Amateurish, to say the least.

Overall, I think David O. Russel tried to do something different from a biopic which is something I respect very much! The fact that he focused on a very particular moment of Joy's life, the invention of the mop, could be something he could have explored better, but in the end we are left with just that, which is kind of frustating...
To finish where I started, Joy could have been a good movie, but ends being nothing more than a typical hollow oscar bait.