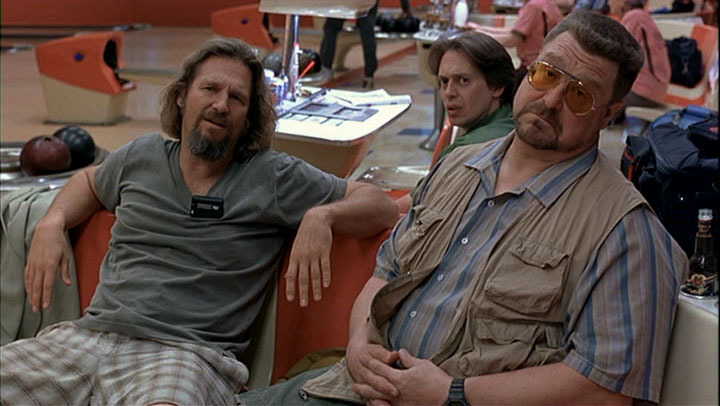 This is one of those films that have a buzz around it. It's a quirky, anti-hero, anti-establishment cult film, the type of film I usually love.

But I found The Big Lebowski to be a disappointment. I did like the character of the Dude and Jeff Bridges did a good job with what he had to work with. I even liked the idea of the film too, but the dialogue felt artificial and lazy. There's a lot of dialogue too. The dialogue doesn't gives us insight into the characters or move the story along. I was left with the feeling that the characters were one dimensional and I wanted them to be more.

It's like the Coen Brothers had one idea only...'lets get a stoner surfer dude...dress him in a house coat, shorts, dark sun glasses and put a drink in his hand...then we'll hire Sam Elliot to stare into the camera and deliver a manufactured catch phrase that the audience will eat up and repeat....The Dude Abides, The Dude Abides'...that felt like a cheap manipulation.

Steve Buscemi would have been interesting had he been given something to do, he's wasted in this film. Julianne Moore and Philip Seymour Hoffman are bright spots. 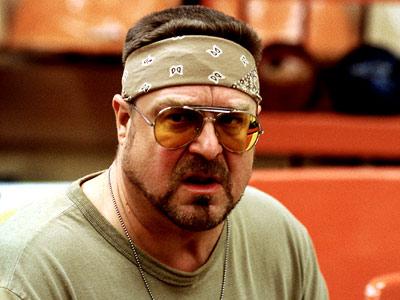 John Goodman tore up the screen with his mega loud performance, drowning out the other actors,...damn he was annoying! And I usually like him in movies too.

With a tighter script this film could have had a 'wow' factor to it and been something special. Think about how Tarantino has his characters talking about nothing important and yet the dialogue flows like butter...and in what Tarantino's characters say, they give us insight into their lives and that puts flesh on their bones. I wish the Coens would have invested more effort in fleshing out their script.