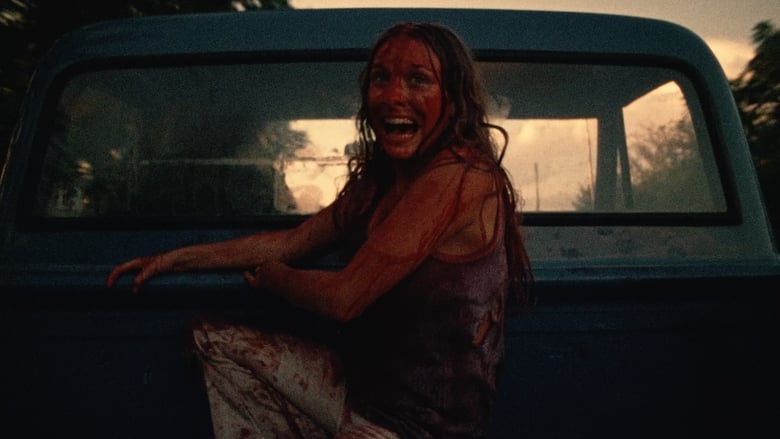 A group of friends travel to an old house in Texas only to be terrorised by the cannibalistic neighbours.

Comedy and horror are the two genres that are most deliberately designed in order to provoke spontaneous emotional reactions in their audiences, with the former aiming for laughter while the latter aims to induce what could broadly be described as fear. While the best comedies still manage to prove amusing time after time, one wonders how many of the best horrors stay just as scary as they were the first time around. As such, I find that the horror movies I like the most tend to offer something more than just straightforward terror in the form of jump scares or graphic violence. This definitely applies to Tobe Hooper's The Texas Chain Saw Massacre, which compensates for its incredibly basic narrative in all sorts of manners. It's rightfully considered one of the prototypical "slasher" films thanks to its plot about a handful of young people gradually getting picked off one by one by a homicidal maniac, but there's a roughness to the plotting that would get refined a bit more with later films like Halloween and A Nightmare on Elm Street. There's no gimmick or clever twist or anything like that - it's incredibly straightforward in the way that things play out. Of course, the real reason that The Texas Chain Saw Massacre still works is because of, well, everything else.

Though not actually rooted in fact (apart from being loosely inspired by real-life serial killer Ed Gein - much like slasher-movie grandaddy Psycho), The Texas Chain Saw Massacre overcomes its narrative shortcomings by playing out much like a true-crime dramatisation. Starting with the sombre opening narration before opening with a shot of a desecrated corpse and tombstone standing tall against the morning light, things only become more grounded in hyper-reality as the film progresses. The amateur camerawork and editing don't draw attention to themselves in a negative manner but only serve to complement the film's grimy aesthetic, especially when the film veers away from looking like a home movie and starts ratcheting up the horror. Though "Leatherface" (Gunnar Hansen) is naturally the film's most well-known villain due to his human-skin mask and wielding of the eponymous power tool, things get truly weird when the handful of van-driving youths pick up a manic hitch-hiker (Edwin Neal), whose increasingly weird behaviour while inside the group's van is soundtracked by chintzy country-and-western radio and really makes you feel what it's like to be crammed into a van with an obviously deranged person. Other details such as the interior of the cannibal family's house (complete with furniture made of bones and a slaughterhouse instead of a kitchen) get appropriate focus as they become as much a part of the film's atmosphere as the roar of a chainsaw or the simple yet foreboding background music. Atmosphere is a major contribution to how rewatchable (and arguably how good) a film can be because you need something to bring you back once you're familiar enough with the plot.

Horror movie casts have long since become notorious for assembling a number of one-dimensional stereotypes and having the bulk of them be killed arbitrarily (save for the infamous "final girl", of course); while the latter stereotype does show up here, a lot of the tropes are at this point still in the process of forming. The characters are flat, sure, yet they don't exactly fit any of the established stereotypes, if only because they barely get any development whatsoever. The amateur acting can also be a sticking point, especially when it comes to seeing the group's disabled member (Paul A. Partain) make all manner of annoying noises ranging from resentful whining to frightened screaming, to say nothing of the group's inevitable final girl (Marilyn Burns) doing little more than scream her head off for half the movie. Fortunately, The Texas Chain Saw Massacre proves enough of an experience to compensate for any shortcomings in terms of production value or writing. It may lack polish or nuance but that's only because, in the grand scheme of things, it doesn't need them. It's obviously not a pleasant or agreeable film, but it manages to convey a certain mood that none of its peers (let alone its imitators) can manage to match.