The crew of the commercial tow vessel Nostromo is waken from cryogenic sleep to investigate a mysterious distress call on an unexplored planet. There they find the wreck of an alien vessel that is infested with the eggs of a Xenomorphic alien species. As the crew heads back to Earth, they realize they're not alone. CR

This review is for the original 1979 theatrical release, there's also a Director's Cut which was released in 2003.

The Sets: At the very start of the film, the first thing we see is a long tracking shot of the detailed interior of the ship...it is an amazing shot. All the sets are stunning in this film. We're treated to many different views of the Nostromo. Each section of the ship has it's own styling and that's a big part of the appeal of Alien. 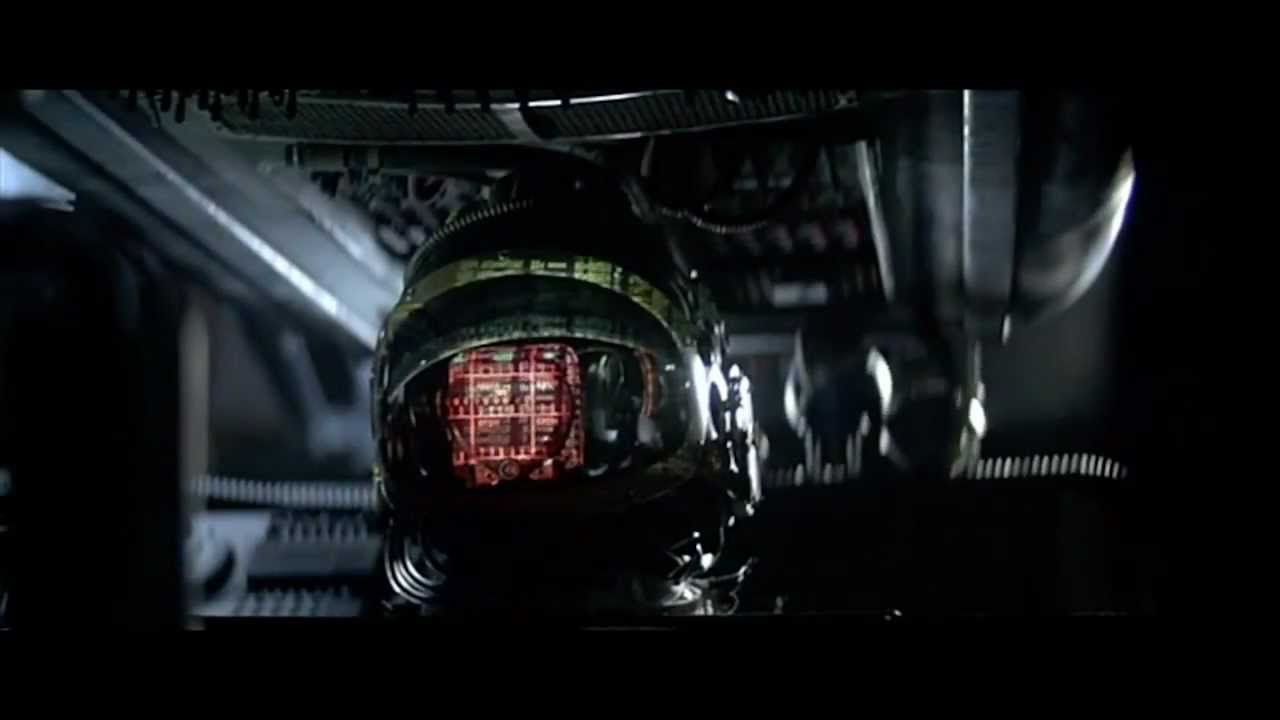 Cinematography: Ridley Scott knows how to give his films ambiance! His secret is dark subdued lighting and smoke. Ridley is famous for using lots of smoke and mist. This partially obscures the background, making the sets look like they go on forever. Low key lighting is also used and gives a shadowy dark look for a greater depth of field and adds realism to the sets. Ridley knows how to take his time with a scene, the camera is never rushed it lingers allowing us time to soak in the stunning sets.

Music Score: The score is perfection. It's eerie and spellbinding. We feel the music score but never think about it, and that's the way it should be. The score sets the mood without getting in the way of the movie.

Characters: The crew of the Nostromo are a motley crew. Ripley (Sigourney Weaver) is the lead. She's a take charge, no nonsense woman. And she's also very human and at times afraid... which makes us afraid for her. Her concern for her cat Jones adds a nice human touch.


H. R. Giger: He was the designer of the Alien creature and his work influenced the interior of the alien ship. Many movies have been influenced either directly or indirectly by this amazing artist. Sadly he died in 2014 from a fall at the age of 74. 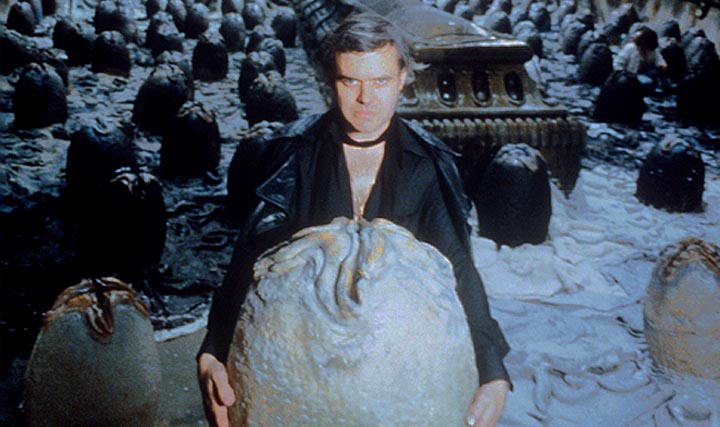