The stylish direction and intelligent screenplay by Francis Ford Coppola and a brilliant lead performance by Gene Hackman make 1974's The Conversation appointment viewing for the serious student of film making and film acting. This is a chilling and voyeuristic look into a world that has an almost underground sensibility in its anonymity, seamlessly blending with a stark character study of a man whose work often finds the lines between work and obsession blurring to a point where the man has lost any sense of self.

Hackman plays Harry Caul, a surveillance expert based in San Francisco, who is reputedly the best in the business. He has his own business and own equipment and works out of his spacious but sparse loft. He contacts his clients on pay telephones because he has no phone in his home but partly because of his work, he also has no life and basically no other human contact in his life. There are several moments in the film where multiple characters mention to Harry that they don't know anything about him and he avoids revealing any personal information at all cost.

Harry's latest client, referred to here as "the director" (Robert Duvall), to conduct surveillance on a couple (Frederic Forrest, Cindy Williams) without knowing why and that seems to be OK with Harry since he's being paid $15,000 for his services and his silence, until his surveillance uncovers the possibility that the lives of this couple might be in danger, which ignites a crisis of conscience in Harry that actually forces him to initially refuse the money and try to save this couple.

Coppola has mounted a sizzling and riveting story that offers mystery and surprises at every turn and just when you think you've figured out what's going on, you find out you're wrong. But the intense story actually takes a back seat to the stunning creation of Harry Caul, embodied by Gene Hackman...Hackman beautifully internalizes this character whose obsession with his work has made him practically incapable of human contact. There's a wonderful moment in the film where Harry realizes he's been bugged and he loses it and Hackman's work in the climax of the film is devastating...or watch how comfortable Harry is when he slips under a hotel bathroom sink to listen to what's going on next door...like he belongs there. Hackman didn't even receive a nomination for this amazing performance, which I'm pretty sure trumps Art Carney's work in Harry and Tonto. 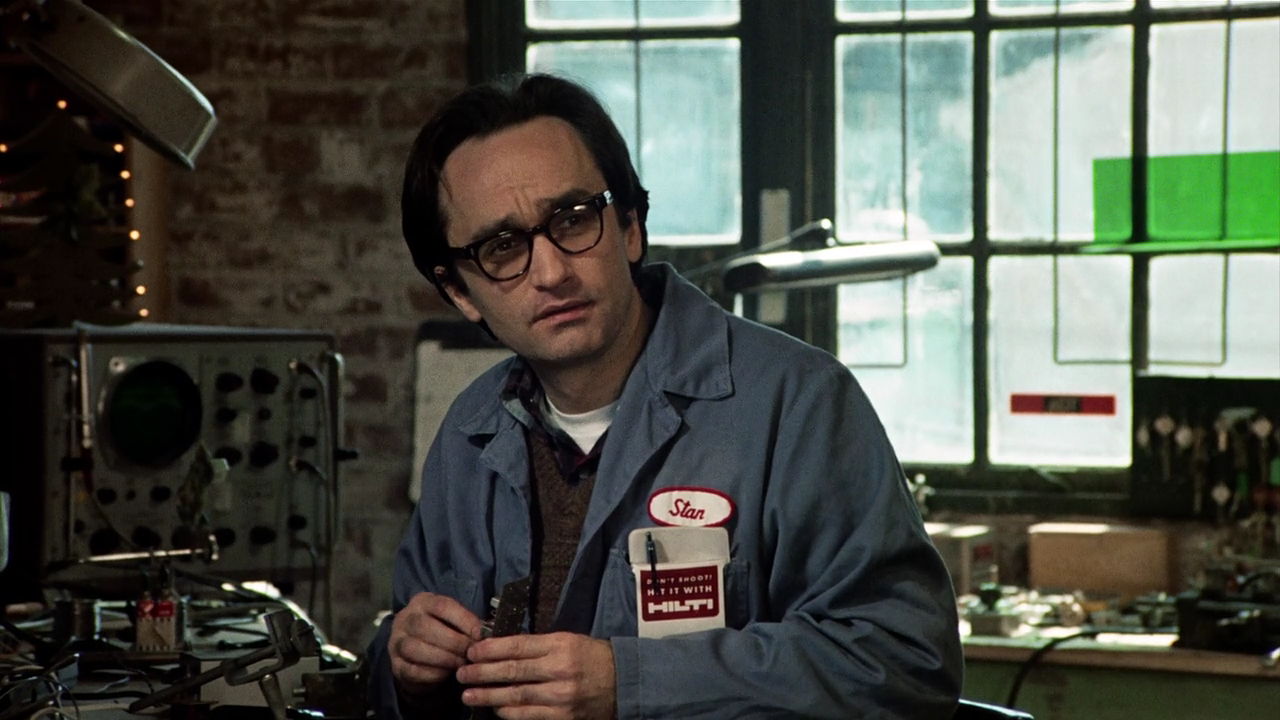