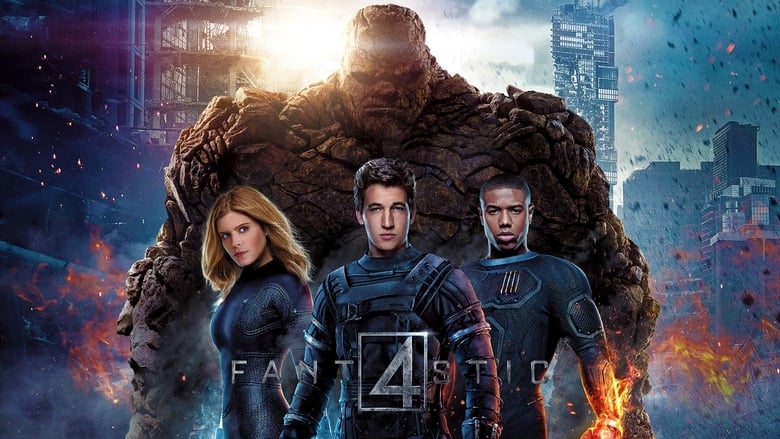 Well I saw Fantastic Four and of course it wasn't a perfect film, but it most certainly wasn't a bad movie whatsoever. What I liked most about it, was the dark overtones and gritty aspect. The corniness and complete silly tactics are gone. And it went straight for the story, emotion and pure fun.

I liked the fact that in this version, it stems back to when Reed Richards (Miles Teller) is a kid and how the film's origin differs from the rest. The relationships between Ben Grimm (Jamie Bell) and Reed were fleshed out significantly...as well as it emotionaly diminished. Plus we now find out where the infamous line "It's clobberin time" came from in Ben Grimm's vocabulary. And it's not just from his persona as The Thing.

It was a nice change of pace here though to actually get to know the characters and who they are, their lives, and their background. Unlike The Fantastic Four in 2005, where we are just thrown immediately in the laps of all four of them as they're about to head into space. No character structure like this movie has.

The villian chosen for this first FF installment, Doctor Victor Von Doom (Toby Kebbell) joins the venture this time but it's not in space. But an alternate universe. And that is another thing that makes it even exciting, especially the way they get their powers.

Doom's fate on the other hand is unfortunate...or so we think. I prefer the character of Doom in this reiteration because he's more villanous and horrific and less campy. Plus he actually gets mutated instead of idiotic mask and outfit Julian McMahon had to wear.

Toby Kebbell on the otherhand, did a fine job as the egotistical and jealous computer scientist who just wanted to be better than everyone else. Then got his wish by trying to destroying everyone in the process.

I'd like to note a couple of more things before my review is finished. I have read on a few comment boards and such that people disliked the way The Thing has been represented. I found him to be pretty awesome in my opinion. He even looks like a more realistic depiction of a walking human made out of boulders and rocks. Plus I even heard others say the CGI looked horrible. I mean come on, he's supposed look like rocks.

Also, I just wanna mention the missing scene(s) people keep barking about. A lot of films shoot scenes that don't make it into the final film. The scene and or scenes that weren't in the film I am sure will probably be on the Blu-ray's special features. If you're so curious about where they went.

All in all this was a very entertaining popcorn flick in every sense of the word. Again it has flaws just like any other movie, but Fantastic Four certainly didn't deserve to be bashed so much. There are worse films out there.