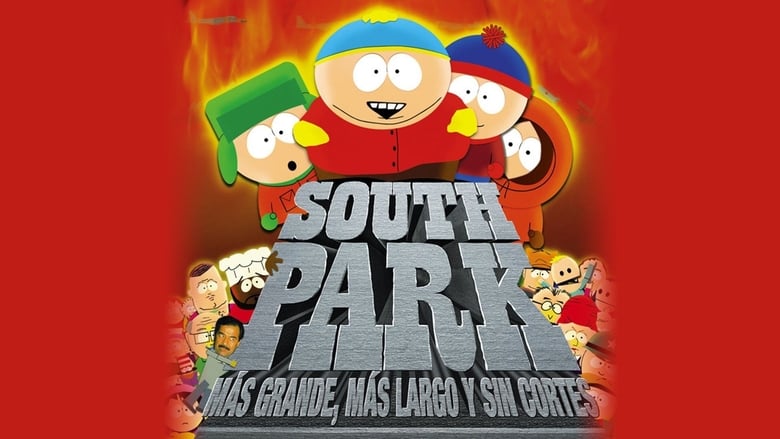 Some people might not see it, but South Park: Bigger, Longer, and Uncut is a very meta movie. The Terrence and Phillip movie Asses of Fire is pretty much an analogy for this movie, and the rest of the film is an over-exaggerated reenactment of how people reacted to the movie. When I first saw this film, I saw it as nothing more than some fart jokes and a bunch of cursing, but now that I am seeing it again at an older age, I realize that it is actually brilliant satire of censorship and the MPAA.

The film follows Stan, Kyle, Kenny, and Cartman as they see the new Terrence and Phillip movie. This causes them to become more vulgar and rowdy, and the rest plays out like an long South Park episode. I was always was a fan of South Park, and would watch it whenever it came on, and this film is made for South Park fans, so obviously I would enjoy it. The humor of the show is a very specific type of comedy, and doesn't stray from that, so people who do not like that comedy, don't like all of South Park, and people who like that comedy, love all of South Park. This is why in the Animated Musical HoF, everyone who participates either hates the movie, or loves it. You can pretty much separate the whole world into people who like South Park, and people who don't.

Like Monty Python and the Holy Grail every single line of this film is a joke. There is no moments where they comedy is stopped. Even when they are trying to deliver a serious message, they always do it in a comedic way. The actual jokes are very funny, and are exactly what I expect from Trey Praker and Matt Stone, but I think that there are episodes of South Park that are more funny, and I wish that they went all out for the movie. Because instead of watching this movie, I would just recommend you to watch the 4 best episodes of the show back to back, it would be more funny. This isn't really a huge problem, and it didn't lose the film many points, but I think you should only turn a TV show into a movie, you have to do something you can't do on TV. This is the same problem I had with The Simpsons Movie.

And now about that brilliant satire I was talking about earlier. A while ago I watched a documentary called This Film is Not Yet Rated it was a documentary about the MPAA, and how they constantly like to screw over filmmakers. Violence and blood barley bother them, while cursing and sex make them give films the dreaded NC-17 rating. There are many cleverly hidden lines about the MPAA in this film, and I imagine must have been hard to get past them. There were lines in the film were they said that violence is fine for children, but how dare they say certain words. Isn't "sticks and stones may break my bones" what we teach children? One of my favorite things about South Park is that it is always the children that realize when something is bad instead of the adults. I now see this movie as an argument against censorship, and I think that it is much smarter than many people give it credit for.

I have now tried to explain why South Park: Bigger, Longer, and Uncut is pretty brilliant. In my opinion, the whole movie was an analogy for censorship, and they threw a Saddam and Satan love affair in there just for fun. I think Terrence and Phillip represented freedom of speech, and MAC was the MPAA. It is a very far-fetched theory, and is probably wrong. This review was way longer that I thought it would be, so I'm gonna end it now. If you like South Park, like satire, and don't mind some cursing, this is the movie for you.