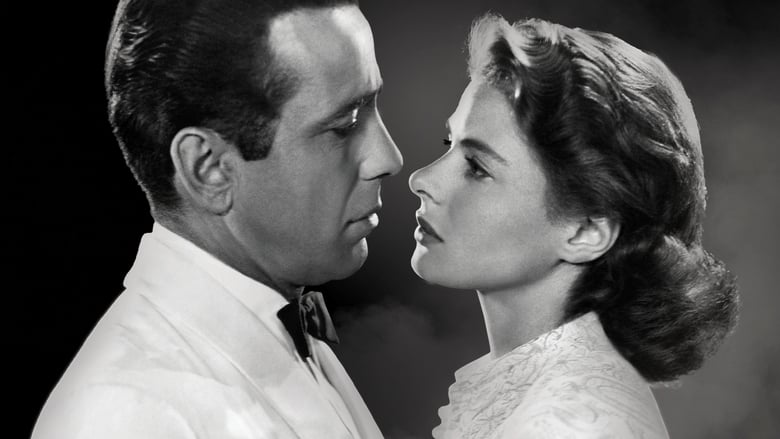 When I first watched Casablanca I was only 9 years old, and was not nearly old enough to understand the genius and perfection behind this film. My grandparents showed it to me, and I liked it, but only because they told me I was supposed to. I knew that I had seen it, so I always just checked it off greatest movies of all time lists and moved on to watch other films. So it was tonight, with around $4 left in birthday iTunes money, that I finally decided to really watch and experience this brilliant masterpiece of a film.

As you probably already know, the film follows Rick Blaine, an American living in Casablanca during World War 2. He is the proprietor of a nightclub, and he is very surprised to see his ex-girlfriend Ilsa walk in. The story begins to unfolds as we learn more about their past together, the rise against the nazis, and the man that Ilsa arrived with. The story is able to flow so properly and seamlessly due to probably the greatest screenplay of all time. The film reminds me of a perfect blend of Citizen Kane, The Maltese Falcon, and North by Northwest, three incredible films. The ending of this film rivals movies like Fight Club, The Gradate, and The Bridge on the River Kwai for the greatest of all time.

The greatest thing about Casablanca is its incredible characters. The cool and selfish Rick, the loving and sweet Ilsa, and many others. All of them have very clear objectives and boundaries, and every actor gives an oscar worthy performance. The film also shines on a technical level, using great lighting and shadows to show emotion and mood. The movie also has great music and directing.

Casablanca is an all time classic, and if you haven't seen it, don't be an idiot like me, go see right now. Despite having little to no action, this movie kept me on the edge of my seat the entire time, and was incredible to watch. This film was fantastic on a technical level, and all of it still holds up today. From the romance, to the action, to the dialog, this is a perfect movie, and there is probably nothing else I can tell you that you haven't already heard before.