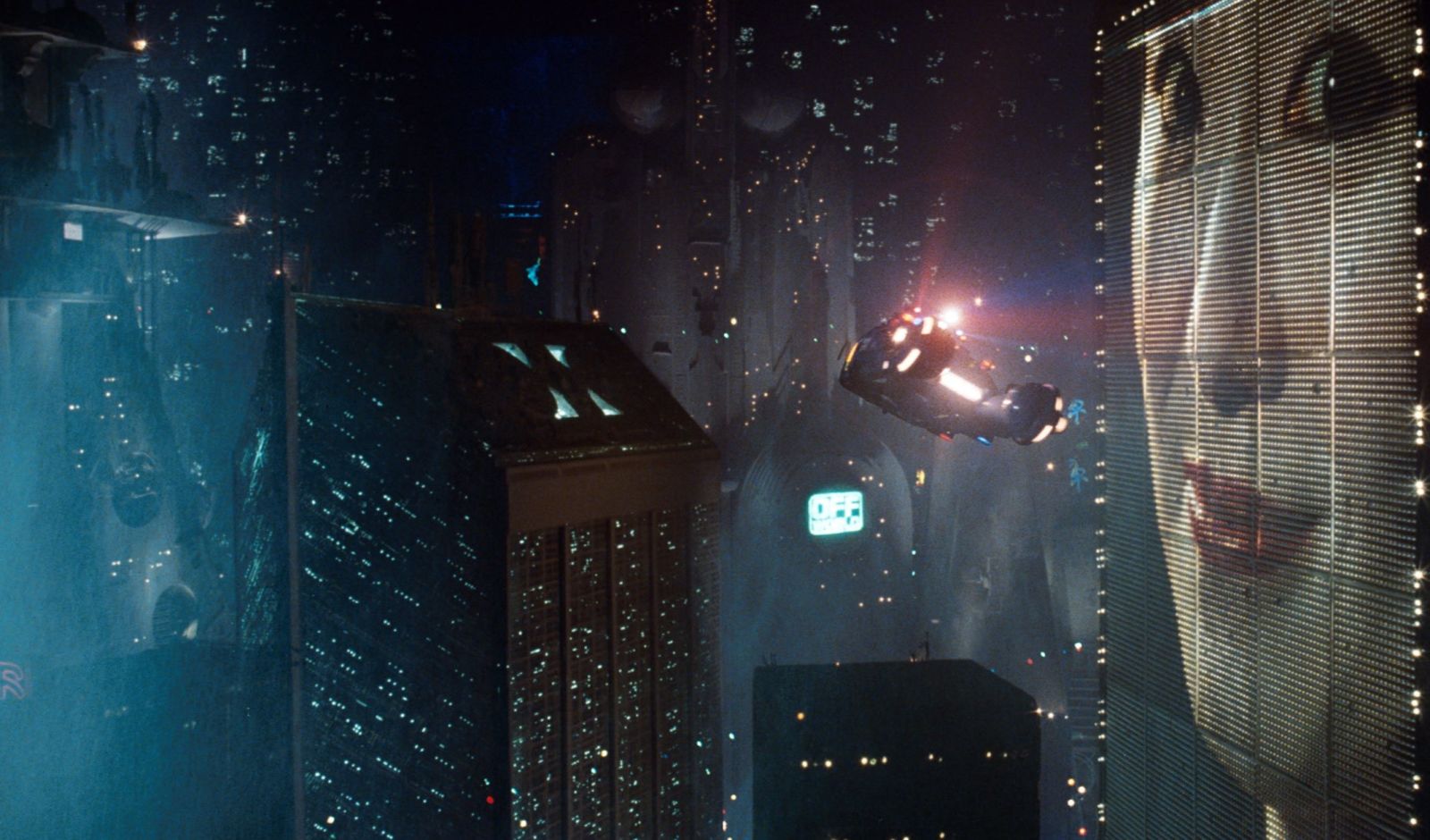 Premise: In the polluted, over crowded, rundown city that's Los Angles of the future...a retired Blade Runner is forced back onto the job to hunt down and terminate six replicants who have illegally returned to Earth. The renegade replicants are Nexus 6 models with enhanced strength, agility and speed. After killing 23 people on an off-world colony, they flee to Earth in a stolen space shuttle. They seek to stop their biological clocks from running out. With only a four year life span, their time is short. Replicants are illegal on Earth and so special Blade Runner cops terminate them on sight.

Review: I seen Blade Runner when it first came out in 1982 at my local theater. It played as a matinee for the longest time and I watched the film many times on the big silver screen. Star Wars was still the big rage in sci-fi back in '82. But when Blade Runner came out, it was like nothing I'd seen before. It was so rich visually in details that I felt like I was looking into the not so distant future.

Since Blade Runner first came out, director Ridley Scott has released different cuts/versions of the film. My review is on Blade Runner in general, not on any specific cut. Though myself I prefer the original Theatrical Cut with the noir style voice over narrative and the rising morning sun ending a long dark night.

Blade Runner has always been my favorite sci-fi film every since 1982. I would call it the greatest sci-fi ever made. To me it's a classic, right up there with Lawrence of Arabia and Casablanca.

I really have to thank Ridley Scott for being the driving force behind this movie. Ridley was handed many different scripts and demanded constant rewrites. Each time the script was reworked it got better and more detailed. A very early draft of Blade Runner had almost all the scenes taking place inside a couple of apartment rooms. Ridley told the writer, 'I want to know what's going on outside the window.' He wanted to know how this Blade Runner future looked down the street and in the buildings...he wanted details! Luckily for us Ridley changed writers and got what he wanted: a richly multi layered futuristic world, with everything from architectural design to social logical conditions included in the film. Ridley took his vision and set that to a story line reminiscent of the classic 1940s film noir detective films.

One of the amazing things of this movie is just how much detail in the art direction Ridley packs into each scene. The film went over budget and over schedule as more and more details were added to the buildings and sets. For the viewer this is a very good thing.

Blade Runner is atmosphere! The exterior shots are done at night with lots of smoke and rain. This achieves two things: It gives a dark, dismal feel to the film, showing us a future that is polluted, over crowded and run down. Plus the night shooting with smoke and rain covers the background of the sets making them look much more real, giving a three dimensional quality. Had it been shot in sunlight the set would not have nearly looked as good.

Ridley Scott painstakingly choose each of the actors. Each of them deserve their own write up as all are exceptional good in the film and just as important they're brilliantly cast.

Deckard pulls his gun on a replicant as the never ending rain falls.


Harrison Ford, Could Deckard be played by anyone other than Ford? Harrison plays this as a burnt out Blade Runner who's growing callous to the brutally of retiring replicants. He's jaded and he just doesn't care anymore. Harrison could have played this as an ultra tough guy, but then he doesn't risk much by engaging the replicants that way. Instead he plays the role with a physical vulnerability. When he encounters a replicant he's in real danger as he can easily be hurt. He's no match for their enhanced strength. Ford isn't hesitant to show that he has a fear of dying. Deckard can look scared and this makes Deckard a fully realized character. Rachael in the Tyrell building, the composition is set up like an art photo. The lighting is a rich golden monotone.


Sean Young, This was Sean's first big role in a major film. Some have said she wasn't the best choice. She was inexperienced. Even the casting agent wanted someone else. Ridley took one look at her and said, 'that is Rachael'. Sean Young does seem a bit nervous and uneasy at times...and that's perfect! She is after all a replicant, with implanted memories and she has just learned that she's not human. So her uneasiness is a perfect fit...She certainly looks the part of a femme fatale with her mid 1940s fashions. From the rolled bun hairdo and heavy black eye liner and red lipstick, to her 40's style dress, complete with big shoulder pads. 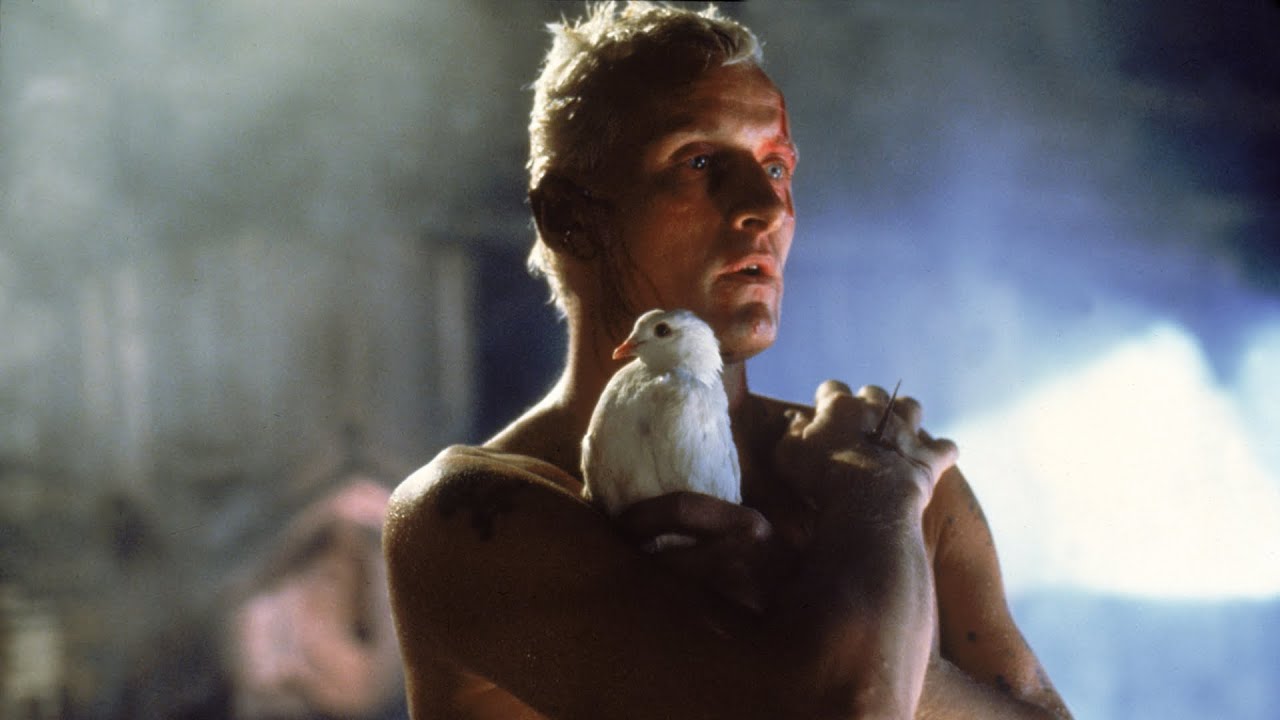 In one of the most iconic scenes Roy holds a Dove, moments before speaking the moving 'Tears in the Rain' line.


Rutger Hauer, Roy Batty, what a great choice for the main antagonist. He's smart, cunning, ruthless and yet fragile because he values life. Rutger really packs the charisma into his role. He plays it so richly that we feel for him while we are being repulsed by him at the same time. Most importantly we can understand his pain of having only a few more days left to live. 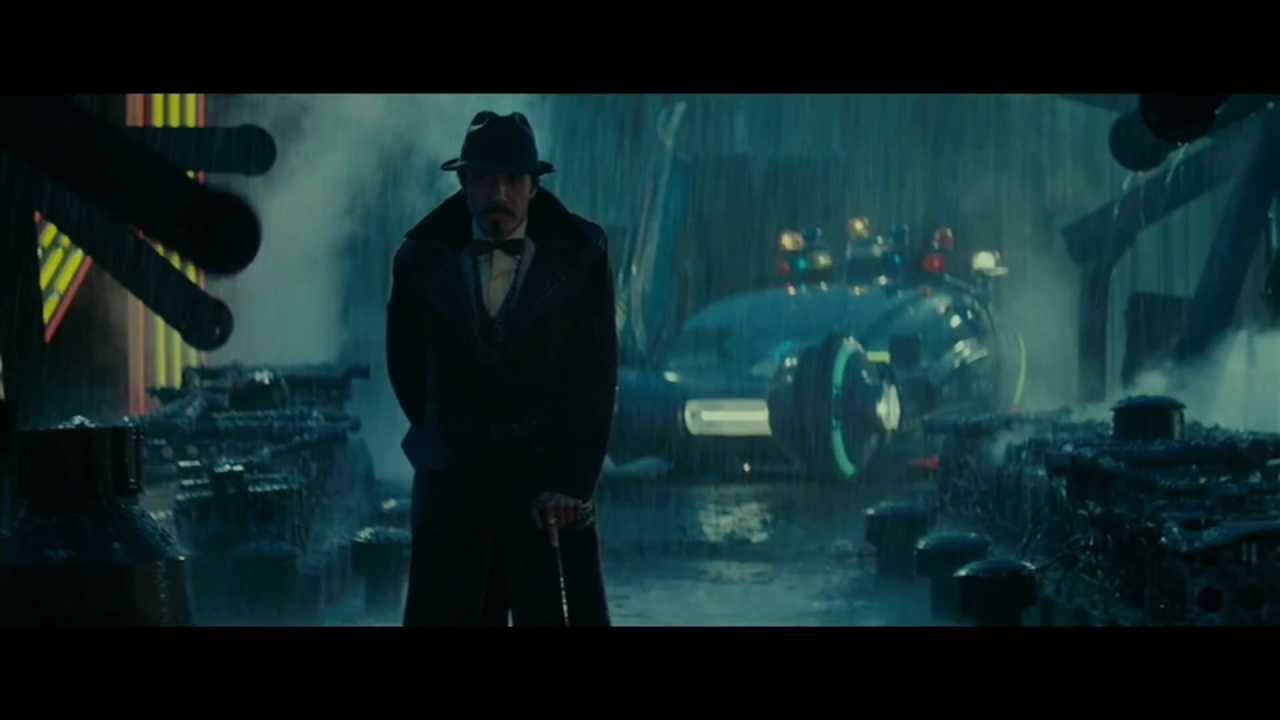 Gaff, a man of mystery who seems to hold the answers, appears in the shadowy rain.


Edward James Olmos as Gaff, he doesn't have a big role but it's pivotal. Gaff at times seems to be a mentor to Deckard, other times he seems to be an antagonist. His presences puts Deckard into potential peril. Olmos invited his own street lingo language for the film and spent a lot of time on his characterization and it pays off well.


Daryl Hannah as Pris, Hannah's wild but fragile character makes us want to give her a warm meal and a place out of the rain. She's needy and alone. She helps us to understand the replicants are 'more than just play things'. We begin to believe that their lives have value too and that perhaps 'retiring' them is wrong. Daryl Hannah does a great job at getting us to care for her the replicant cause.


Brion James another great casting choice for the strong but not to smart, Leon Kowalski, He might not have many lines but the lines he speaks are stuff of legends:

Deckard: [after slugging Leon, to no effect] I dunno

Leon: More than you! Painful to live in fear, isn't it? Zhora as seen in a discarded photo discovered by Deckard


Joanna Cassidy as Zhora, a smaller role but non the less important. Joanna plays Zhora she's tough and unsentimental, which fits her role as a replicant designed for off world assassinations. Her 'retirement' is one of the more coldly brutal scenes shown on the screen. High in his castle The Tyrell building, Dr Tyrell is waken from sleep


Joe Turkel as Dr. Eldon Tyrell, he's rather odd looking with that long thin face and those giant glasses. He seems as cold and dispatched as a human could be. His 'father-son' scene with Batty tells us something of this enigmatic man. 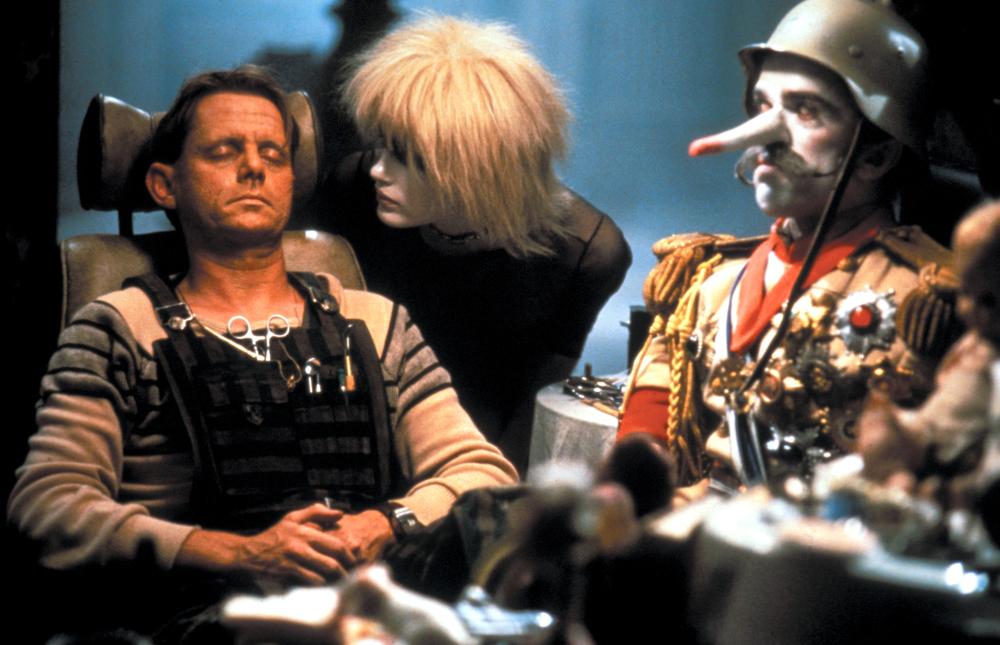 J.F. snoozes in his apartment in the old Bradford Building


Willam Sanderson as J.F. Sebastain, if Dr Tyrell is as cold as ice, then J.F. Is the most caring of the humans. Thanks to the actor we instantly like J.F. We can also relate to him, he's a regular guy who hasn't made the grade. Instead he's stuck in a leaky building on Earth. He's lonely but not sad, he construct friends to keep him company. It's his humanity that ultimately allows Batty to meet his maker Dr Tyrell.