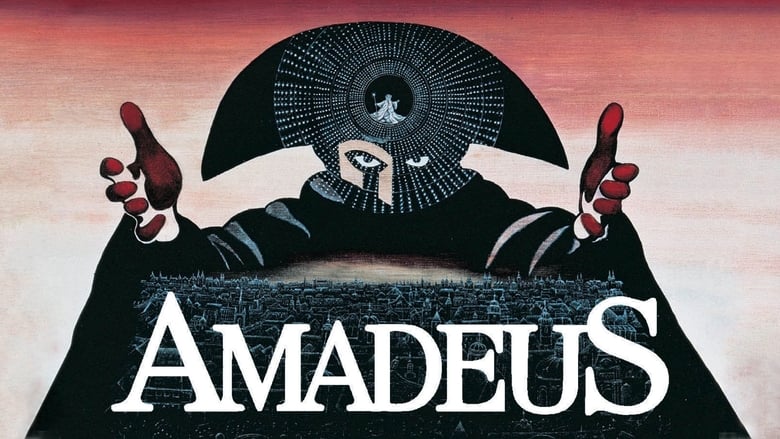 The tale of Antonio Salieri (F. Murray Abraham) and his incredibly complicated relationship with Wolfgang Amadeus Mozart (Tom Hulce) as the latter's appearance in Vienna starts to cause problems for the former.

It was about time I went and watched another classic, this time the appropriately grandiose and opulent film about a famously brilliant composer and his passionate but less talented rival. The framing story involving an elderly Salieri recounting the film to a priest as if it were a confession, and in many ways it is. Abraham rightfully earns an Oscar for his work as Salieri, who is an incredibly complex protagonist that struggles to keep his faith when he sees how God has apparently given the gift of musical genius to an irreverent, giggling pest like Mozart. It's a testament to the film's brilliance that, while he does come across as annoying a fair bit of the time, Hulce's Mozart is also a compelling character whose chipper flamboyance hides a heavily flawed and insecure human whose astonishing musical abilities can be just as much of a curse as a blessing. Over the course of three hours you will go from thinking he is an irritating upstart to being actively invested in his well-being, even as his continued existence keeps providing problems for Salieri. Though the complex rivalry between these two men is the heart and soul of the film, there is still a strong ensemble orbiting these two giants in the form of court officials, the Emperor and Mozart's one true love.

On a technical level, the film is astounding. There's all the lavish quality you'd expect from an ambitious period epic - ornate set decoration, elaborate costumes, smooth cinematography and so forth. It goes without saying that the score is brilliant, too. Though the extended edition clocks in at about 200 minutes in length, you barely feel it as the film traces Mozart's rise and fall through the eyes of Salieri, complete with excellent commentary from the older Salieri as he reflects on his past. It's always interesting when I see a film that makes me want to challenge my rule about doing first-time ratings out of four boxes rather than five. While I don't quite feel like breaking this habit, Amadeus is the kind of exquisitely-crafted cinema that I should be spending more of my time watching.