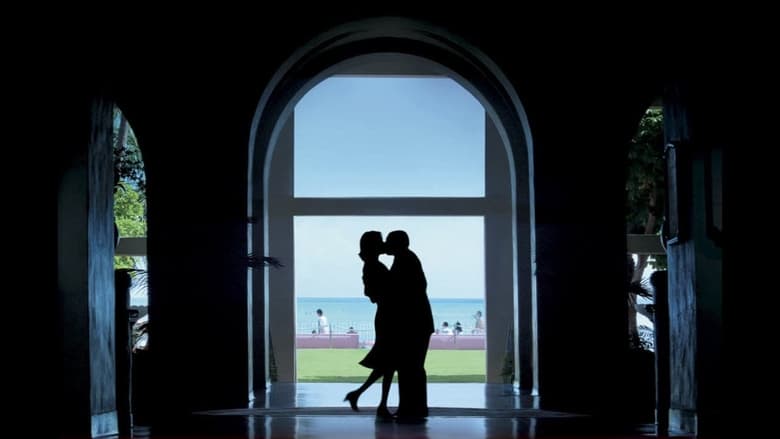 Barry (Adam Sandler) is a socially awkward small business owner with rage issues who struggles to make a connection with other people - even resorting to phone sex lines just to have someone to talk to - before things are changed by his introduction to Lena (Emily Watson).

I remember seeing Punch-Drunk Love a good few years ago now and at the time I didn't think much of it. I was aware that it was supposed to be a more artistic film that Sandler's usual fare and I had already seen at least a couple of other PTA films so I knew what to expect from the director, but I remember just being left cold by most of the film. My recent viewings of Billy Madison and Happy Gilmore prompted me to rent this out during a recent visit to the video store to see if the passage of time and a second viewing would help it at all and...well, it didn't.

I'll concede that Sandler is good in his role. If Punch-Drunk Love is supposed to be a deconstruction of romantic comedies, then the character of Barry is definitely a deconstruction of Sandler's typically over-the-top protagonist. For the most part, he's a quiet and nervous character who is prone to the occasional bout of destructive behaviour, whether breaking windows or smashing up a public bathroom. A good chunk of the movie involves Sandler acting by himself, especially in phone conversations. As the movie progresses he even gets into the kind of full-throttle yelling that defined his more overtly comedic characters. Unfortunately, it's balanced out by the rest of the cast just being there and reacting to his behaviour. Emily Watson is normally a pretty good actress but here she tends to act as a rather patient and understanding foil to Barry's antics and not have much development in her own right. PTA regular Philip Seymour Hoffman serves as the film's antagonist, but he doesn't get much to do beyond a couple of shouting matches with Sandler. Luis Guzman is serviceable as Sandler's loyal offsider, while all the actresses who serve as Sandler's character's older sisters - well, I think we're supposed to dislike them all, so I guess they're doing a very good job of conveying that.

At least with a director who cares as much about his craft as PTA, this film is capable of showing some impressive imagery. There's a fair share of his usual long takes and carefully framed shots, which do look good. Even the sporadic uses of colourful distortions look good, though I question what they add to the film as a whole beyond some pretty visuals. I can't help but feel like the distinctive look of the film is undone by his usage of waltz-like music that (at least in 2015) feels like the sort of overdone quirky romantic kind of stuff that's been fairly discredited by this point. The development of both major plotlines doesn't do much of interest to me - leaving aside the fairly bland A-plot involving Barry and Lena, the B-plot's blackly comic story of Barry's innocuous calling of a phone sex line leading to his raising the ire of a group of violent con artists is slightly interesting but its execution leaves a fair bit to be desired. The whole B-plot just feels like a distraction more than anything. Given the film's fairly pedestrian attempts at quirk, such as the fact that Sandler's character's small business specialises in novelty plungers or his character's plot to buy lots of pudding so as to acquire a lot of frequent flyer miles, it feels about as inconsequential as anything else in this film.

So until I see Hard Eight or Inherent Vice, I'm more than ready to write this off as my least favourite PTA film by a considerable margin. Sandler is used to good effect, but it's at the expense of virtually every other actor in this film. Writer-director PTA cares enough to shoot this film with extreme clarity but the writing leaves a lot to be desired and makes the film a chore even when it barely reaches the 90-minute mark. Basically, I can see that there is something of worth about this film but I still struggle to actually like it.