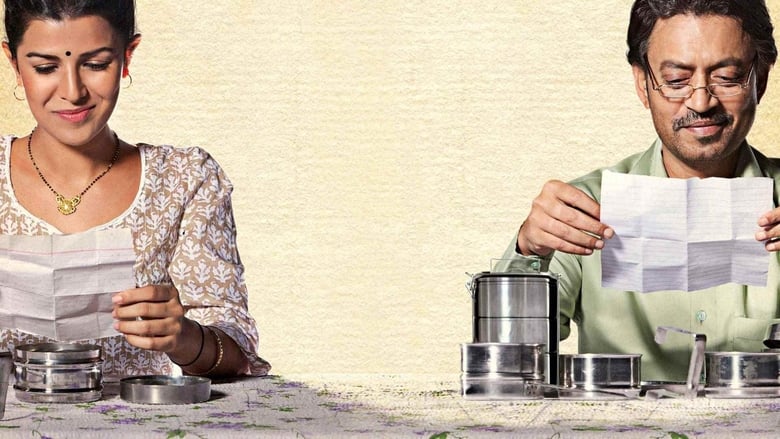 Amongst the usual glamour, noise and colour of Bollywood The Lunchbox appears unusually muted and thoughtful. This is Ritesh Batra's first feature film, and is an accomplished gem in which the always dependable Irrfan Khan plays the lead Sagaan.

The widowed Saagan is a clerk in a Mumbai insurance office, processing claims day after day - no computers here. As he approaches old age his mundane existence is leading to a quiet retirement in the country. One day at lunch he's delivered a lunchbox with a delicious content, very different from his usual standard fare. A mix up has occurred with the delivery service.

Meantime Ila (Nimrat Kaur), in a marriage where all the romance has died, is trying to tempt her husband through his stomach, but his lunchbox never gets to him....

I have to digress here to tell you about the daabawallas. Founded in Mumbai 125 years ago, the 5000 daabawallas load up their bikes and pick up lunches from people's homes packed in tiffin boxes (the daaba) in the mornings and deliver them to workers at lunchtime. Then after lunch they pick up the empty boxes and deliver them back home in the afternoon. This low tech lunch routine runs like clockwork and is reported to deliver some 200,000 meals a day with a tiny margin of error - one meal in 16 million is misdelivered.
daabawallas of Mumbai

Back to the film, due to this happy misdelivery, the usually prickly Saagan embarks on a out of character series of messages back and forth with the unhappy Ila, messages hidden inside the tiffin box. Saagan's trainee replacement at work provides the comic relief, but ultimately he too has his own story.

Don't expect big things of this film, it packs no punches but it's contemplative, it's focussed on what it means to be thinking about getting older, but it's charming and it's wistful and I liked it a lot.

...and through the daabawallas there's even a ray of hope for some street kids
http://m.youtube.com/watch?v=EZC1czZofyY