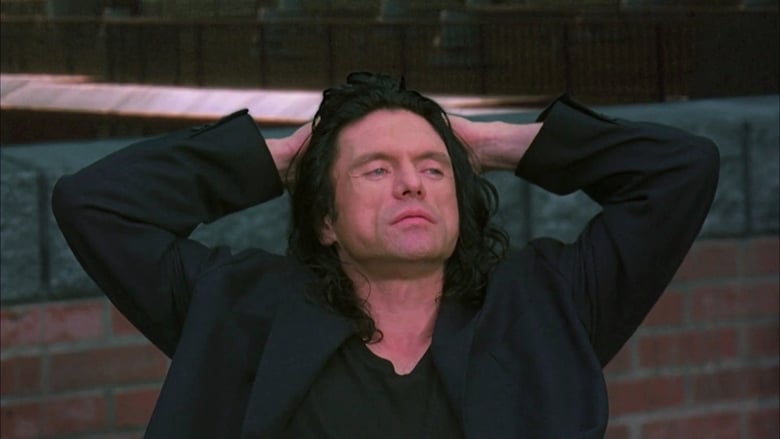 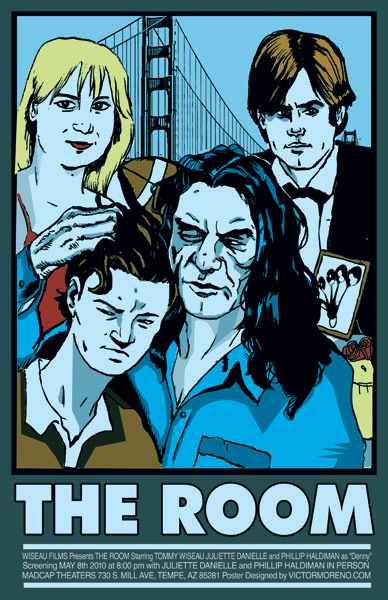 Ah, The Room. The Casablanca of all bad and ugly films (Plan 9 From Outer Space is the Citizen Kane, but that's up to you). It's sublime horribleness is surely something that will not be equaled again for many, many years. In fact, its so bad that I consider it to be a good film, especially in terms of comedy, This movie gives you the pleasure of watching one of those 'worst auditions' videos, where you howl in laughter of disbelief mixed in with joy. If put to numbers its the subtraction of a negative number, which ends you up with a positive number. And the funny thing is the bigger the negative number the bigger the positive number you'll end up with.

I want to introduce the plot to get this starting, but to be honest there is no proper plot to be explained. The movie is a crazy train that in the ends up crashing and burning into flames, Skidding left and right before the crash is the unsolved random plots to being with. Lots of more interesting sub-plots than the main plot (if you would call that a plot, that is) get introduced but ended up getting trashed for no reason at all. As an example Lisa, played by Juliette Daniel finds out her mother has breast cancer and its brought up multiple times only to be worthless and forgotten. These things make the movie way longer than its supposed to be... thank goodness its backed up by the laughs made unintentionally.

Oh and speaking of laughter there's the one guy that handles most of it, which is the legendary Tommy Wisseau, He shows his genius in the film by creating outrageous laughter from his horrendous and almost surreal acting and speaking many languages (English, Blabbish, Drunk French, and a mysterious language we'll call 'Wisseauian'). What makes it even worse is that he's apparently NOT acting, According to people he acts likes that in real life as well, The other chaps are indeed acting, but that doesn't mean that they are above Wisseau's level of ability. They are often not even looking at the camera being seriously out of focus and have no true emotion coming out from their lines and facial expression.

The ridiculous scenes and dialogue is another thing to look out for, especially the rapid change of scenes which is commonly used in the movie. Tommy and his group of buddies go from anger to happiness in a matter of seconds, and suddenly start to play football in the middle of going to a party. I guess it was Wisseau's idea to cram as much 'entertaining' stuff as possible into one film, but without a proper foundation its guaranteed to mess up, and that's just what he did.

I could go on and on about all the hideous/genius things in this film, but this is something you have to see in order to believe. If you're bored of the usual comedy flicks and want something unique and over-the-top, this is for you. Or if you're taking acting classes and is currently depressed because you suck, all you need to do is watch this movie and let the wounds heal.