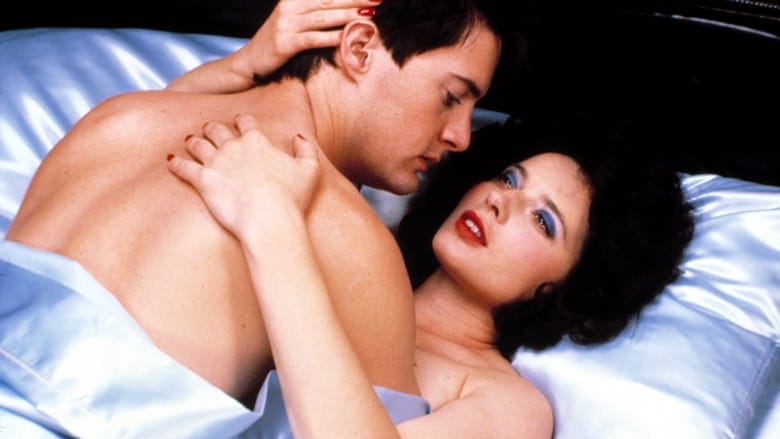 You can't say that you come out of a David Lynch film feeling the same as you did before you watched it. For better or worse, his films push boundaries, challenge the viewer, and leave us feeling completely shell-shocked a lot of the time. Having said that, Blue Velvet is possibly his most accessible film, and certainly - in my view - one of his best. It's still got the elements that made Lynch famous, and his idiosyncrasies and quirks are plain for all to see, and there are even subtle nods to his other films (I thought so, anyway), but this is still a film that many audiences could get something from, I think.

The plot itself revolves around a mystery, in true Lynchian style, whereby a young man - played by MacLachlan - finds a severed human ear in a field and begins to investigate, with the initial help of a female friend, how it got there and why. That is essentially the plot, though there's quite a human element to the film. That's the thing with Lynch - he straddles the line between decency and depravity often within a single scene, there's very little black-and-white in his films, and I suppose that's a good thing; it certainly makes his films more open, subjective, and interesting.

Rossellini and Hopper - and MacLachlan, it has to be said - give terrific performances, but it's Hopper who earns the most plaudits. In Frank Booth, he plays one of cinema's true villains; I would say the embodiment of evil but then you're never sure how to take him. He is repulsive and unpleasant, yet strangely alluring, in equal measure, coupled with the oxygen mask-wearing antics that give him an extra dimension. The rest of the cast were fine in their roles - I can't really fault the acting here, and I don't think there are many films you can say that for.

Blue Velvet is a great film, I think. It's stylish, terrifically well-made and well-acted, and has all the hallmarks of the very best Lynch material. Not only do I think there's plenty of scope for repeat watches, but I think it'd even improve the rating for me further. Even so, it's certainly the best Lynch film I've seen so far. Strange but satisfying.

Quotes
Sandy Williams: I can't figure out if you're a detective or a pervert.
Jeffrey Beaumont: Well, that's for me to know and you to find out.

Frank Booth: What kind of beer do you like?
Jeffrey Beaumont: Heineken.
Frank Booth: [shouting] Heineken? **** that ****! Pabst Blue Ribbon!

Trivia
Isabella Rossellini actually was naked under her velvet robe when she did the "ritualistic rape scene", a fact that her partner Dennis Hopper was not aware of, until the cameras started rolling and his co-actor opened her legs for him to kneel between. This scene was the very first time the two of them ever worked together.

Isabella Rossellini claims that during the initial filming of the ritualistic rape scene, David Lynch couldn't stop laughing off-screen at the weirdness of it all. Though she was baffled as to why he was laughing at the time, Rossellini says that to this day, she herself laughs uncontrollably every time she watches that particular scene.

Jeffrey says "I'm in the middle of a mystery" exactly halfway through the film.