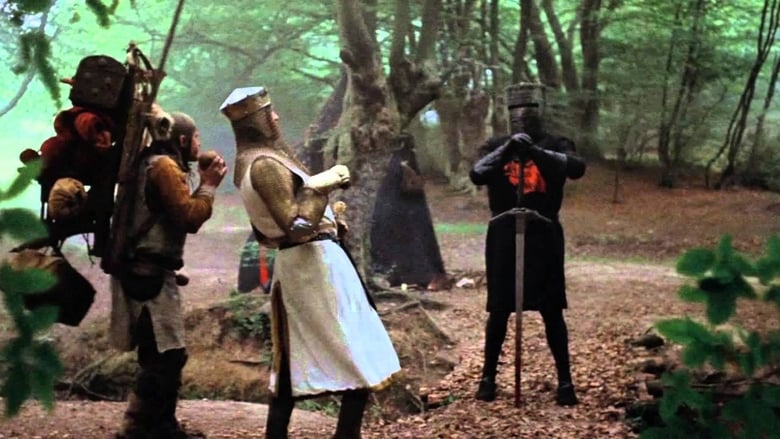 These are popular and very highly acclaimed films. Unfortunately, I'm not a massive fan. I'm from the UK, and I love comedy, so I should be the target audience, I suppose, but they do very little for me. I don't think it's the fact that they're inherently silly and off-the-wall, but I find that often it can result in lazy humour and lazy films.

The actual idea is pretty decent, and those involved are talented in different ways, but the end result isn't something that appeals to me greatly, as you'll probably gather from the shorter-than-usual review, and I don't feel it holds up well nowadays as a film. It feels dated, relying on nostalgia alone to prevent it sinking into film oblivion. Some scenes are decent - the early fighting scene, and the witch scene - and they stand up as the better moments of the film, in my view.

Overall, it's not a great film, in my opinion, despite its very high ratings and complimentary reviews, and it's not something I can see myself watching again - I don't know, perhaps I'll have the urge to give it a rewatch one day and will find it more to my tastes. There's talent here, with names such as Cleese, Idle and Gilliam leading the cast, but the end product doesn't amount to much, for me. I'm sure some on here will love it, and that's their perfectly entitled view.

Quotes
French Soldier: I don't want to talk to you no more, you empty-headed animal food trough wiper! I fart in your general direction! Your mother was a hamster and your father smelt of elderberries!

Dennis: Come and see the violence inherent in the system. Help! Help! I'm being repressed!
King Arthur: Bloody peasant!
Dennis: Oh, what a giveaway! Did you hear that? Did you hear that, eh? That's what I'm on about! Did you see him repressing me? You saw him, didn't you?

Trivia
Funds earned by Pink Floyd's album "The Dark Side of the Moon" went towards funding The Holy Grail. The band were such fans of the show they would halt recording sessions just to watch Monty Python's Flying Circus (1969).

The famous depiction of galloping horses by using coconut shells (a traditional radio-show sound effect) came about from the purely practical reason that the production simply couldn't afford real horses.

During one of the first screenings of the film in front of a live audience, director Terry Jones noticed that when music was played during the jokes, there was a marked reduction of laughter from the audience. He went back and edited the music out whenever a punchline was delivered. At subsequent screenings he noticed a dramatic increase in the audiences' positive reactions to the jokes. From that point on, whenever he directed, he remembered to stop the music for the funny parts.