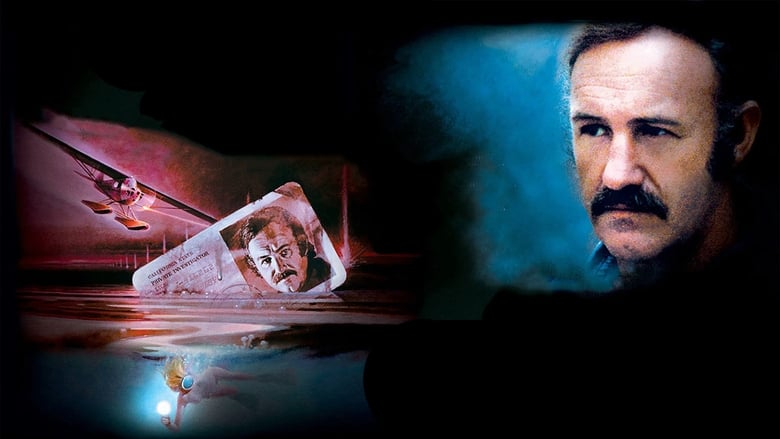 Another string in my seventies bow here, with Gene Hackman's 1975 portrayal of a Los Angeles private detective and former football player assigned to a missing-person case. It's well-thumbed ground in crime films and thrillers, but it's what you do with the material that determines the end product. I was drawn partly to it by its Hackman presence, an actor I'm reasonably familiar with, and I enjoyed his performance in The Conversation, and also due to its interesting and slightly-more-original-than-normal premise. It's not a classic by any means, but it serves its purpose as an okay thriller that's definitely worth a watch or two.

Hackman made a name for playing these sorts of characters, most notably in films such as The French Connection, and the role of Harry Moseby here is no different. Slightly quirky and slightly different from your usual detective, it makes for a more interesting and thought-provoking film than the usual Hollywood mediocrity. I wasn't quite sure whether to stand with him - or with several of the characters, for that matter (it's a fairly ambiguous film at times, though its ambiguity is perhaps one of its more interesting points).

The film does feel rather cheap and TV-movie in its approach and result, though I doubt this was a high-budget venture. The seventies nature of this film is very apparent, but that in itself isn't necessarily a bad thing. I do like the Florida Keys setting, interspersed with the Los Angeles that we see for the first half-hour.

Overall, this is a competent film marred by its muddled and unfocused script. There is progression, but it doesn't feel natural or fluid. Another issue is that it doesn't feel sure whether it intends to be a character study or a traditional police procedural-type effort. That drags it down slightly more for me. Despite its problems, it's still relatively enjoyable, though I would wager that much of that is due to a screen presence like Hackman's. I certainly doubt it'll be making my seventies list, but I'm glad I watched it and I'd probably watch it again in the future.

Quotes
Ellen Moseby: [of a football game] Who's winning?
Harry Moseby: Nobody. One side is just losing slower than the other.

Paula: Where were you when Kennedy got shot?
Harry Moseby: Which Kennedy?
Paula: Any Kennedy.
Harry Moseby: When the president got shot, I was on my way to San Diego. Football game. When Bobby got shot, I was sitting in a car waiting for a guy to come out of a house with his girlfriend. Working on a divorce case. One of those times I wish I was in another business.

Joey Ziegler: He'd **** a woodpile on the chance there was a snake in it.

Trivia
Paula (Jennifer Warren) tells Harry (Gene Hackman) that the first boy who touched her breasts was named Billy Dannreuther, which is the name of Humphrey Bogart's character in Beat the Devil (1953).

Arthur Penn, an early contender to direct The Stunt Man (1980), borrowed elements from that film's source, the Paul Brodeur novel of the same name, for this film's story.

The house belonging to James Woods' character Quentin was owned by Phil Kaufman, road manager for Gram Parsons at the time of his death. Kaufman's subsequent actions became the basis for the film Grand Theft Parsons (2003). Night Moves (1975) cast and crew were shooting at the house the day the police came to question Kaufman, and as they were taking him away, Arthur Penn turned to Gene Hackman and said, "Man, we're shooting the wrong movie".