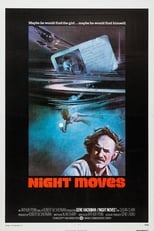 Release: Jun. 11th, 1975
Runtime: 1 hour, 40 minutes
Private detective and former football player Harry Moseby gets hired on to what seems a standard missing person case, as a former Hollywood actress whose only major roles came thanks to being married to a studio mogul wants Moseby to find and return her daughter. Harry travels to Florida to find her, but he begins to see a connection between the runaway girl, the world of Hollywood stuntmen, and a suspicious mechanic when an unsolved murder comes to light.

3 Moves where the sick girl dies in the end
Possible spoiler about "Me and Earl and the Dying Girl (2015)" dont read if u didnt watch it yet. Realy wanna know some good drama movies where the sick girl dont die in the end. Just wa...
9 Girl is Followed by a Street Performer; only moves when not looking
*Updated* Scene where a girl is followed by a living statue street performer. There is a street festival going on, the main girl takes interest in a painted street performer and soon realizes the guy ...
14 Why do so many moves have a yellow tint nowadays?
It seems that's the case, and it seems that older movies, being remastered, are now having yellow tints added in. The new remaster of Blade Runner has a yellow tint on the final cut. The new Termi...
4 Moves where people run toward a kissing scene
Looking for up to 10 movies where people run toward each other, embrace as they twirl and then kiss...
0 Name of a black comedy film, where a guy moves in with a crazy girl..
So there’s not much to go on, but I’d be hugely grateful if anyone can help. So it’s a black comedy where a guy moves in with a girl, and she turns out to be crazy, poops in his porridge. He buys he r...

Jack1 Hackman made a name for playing these sorts of characters, most notably in films such as The French Connection, and the role of Harry Moseby here is no different.
READ REVIEW

Takoma11 It's the kind of film that both satisfies the detective film desire to see something solved and closure gained, but at the same time posits that so much of what happens is wasteful, needless, and arbitrary.
READ REVIEW