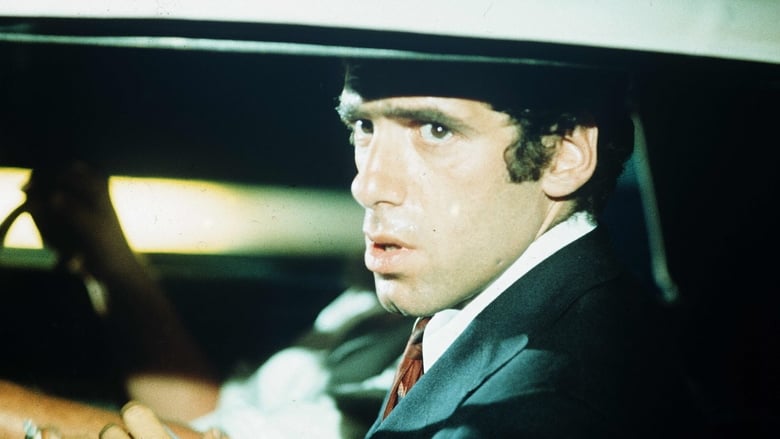 When I hear the name Philip Marlowe, I immediately think of Humphrey Bogart in The Big Sleep, fedora on his head, cigarette dangling from his mouth, as he and the beautiful Lauren Bacall exchange some of the greatest and most sexually-charged dialogue ever written. What I don't think of is Elliot Gould and his missing cat and his yoga-practicing nudist neighbors. Nobody can compare to Bogey, who is as effortlessly cool and magnetic as any leading man ever to grace the big screen, but Gould's embodiment of the iconic private detective is something completely different: a sharply-dressed Rip Van Winkle in a world of bikinis, out of his element and out of touch with the times, walking around with a bemused smirk on his face as he mutters aloud to himself about the strange characters and situations he encounters, all of which is completely alien to the black-and-white noir from which he appeared.

But, as Marlowe would say, it's okay with me.

As I watched The Long Goodbye, I was reminded of an interview I saw with Quentin Tarantino, where he discussed how the plot of Jackie Brown can get in the way of the movie itself. On a first watch of Jackie Brown, instead of relaxing on the couch with Samuel L. Jackson and sharing a bong with Bridget Fonda, the audience is more concerned with the money and the complicated double-cross. Once you know how things play out, however, you can re-watch the movie and just sit back and hang out with the characters and enjoy their conversations. The Long Goodbye strikes me as a similar situation. While watching it, I found myself distracted by the case. Instead of just being a spectator and enjoying the movie's free-flowing spirit and all of its idiosyncrasies, I was too consumed with uncovering the culprit behind the murder of Marlowe's friend. I watched The Long Goodbye as if I was reading the Raymond Chandler novel. That's not the proper way to view this movie. Just like Jackie Brown was Tarantino's unique spin on the world of Elmore Leonard, The Long Goodbye is Altman's unique spin on the world of whodunits. If McCabe & Mrs. Miller was Altman's anti-western, The Long Goodbye is Altman's anti-noir.

I won't lie: I was slightly disappointed by The Long Goodbye. I went in with high expectations, knowing how much most of you love this movie, but I was underwhelmed. However, I don't blame the movie, but myself. The Long Goodbye strikes me as a movie that will only grow in my estimation the more times I re-watch it. I look forward to sitting on the beach with Gould's Marlowe and Sterling Hayden's re-incarnation of Ernest Hemingway while having whatever he's having. And I'll gladly join Marlowe at three o'clock in the morning on an errand for cat food. Or strip down do my yellow trunks with a young, freakishly muscular Arnold Schwarzenegger. But on my first watch of this beloved classic, I found myself preferring Altman's other films, like Nashville and Short Cuts and California Split, that don't have even the tiniest semblances of a plot for me to stumble over, allowing me to focus solely on the characters.

The Long Goodbye is a very good movie, perhaps even a great movie, but I'll have to re-immerse myself in its world, hopefully with the right mindset, before I can make that verdict. As of right now, however, there is a slight disconnect between me and this movie. I can see why so many people love it. And I love parts of it. Maybe next time I'll fall in love with all of it.