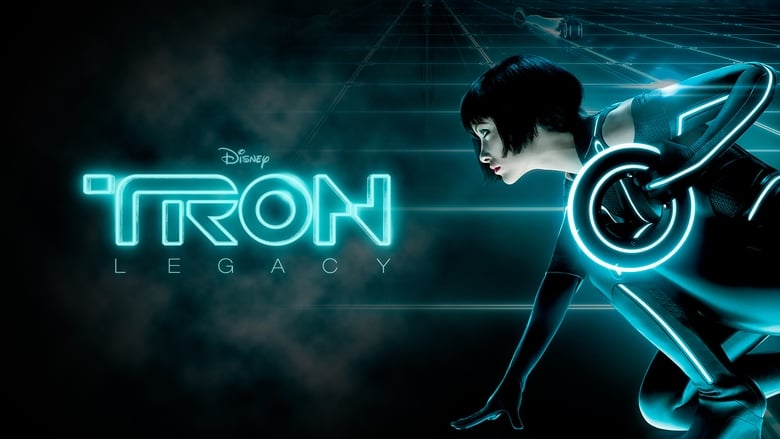 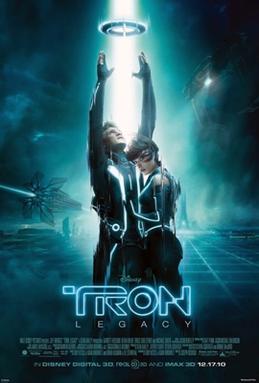 Writing duo Kitsis and Horowitz were both huge fans of TRON and decided to take on the sequel when they were approached by Disney, and eventually put something together that allowed new fans to discover the original, old fans to rediscover the original, pays homage to the original and also expands the broadens the world of The Grid and keeps within the realms of computer technology changing in real life since 1982, all at the same time.

The Wizard Of Oz was cited as the inspiration behind the basic plot of Legacy.

Disney were a little worried during pre-production about the film failing at the box office due to a younger audience possibly not knowing about the 1982 original… and that younger audiences would foolishly calling Legacy a rip-off of The Matrix.

Kevin Flynn was on the brink of combining digital technology with real life, which would have meant the end of disease and even death, and an open the world to endless possibilities in technology and science… but he disappeared without a trace.

Sam Flynn, Kevin’s Son… has been living a life of solitary since his Father disappeared when he was only young, leaving him basically Orphaned.

Sam simply lives on the fortune left by Kevin, and has little interest in ENCOM even though he’s the main shareholder, apart from occasionally hacking the system and costing them money for their corporate greediness.

When Alan Bradley, the creator of the TRON program in the original film, receives a message from Kevin, Alan contacts Sam with the information… so Sam follows it up and ends up at his Father’s old Gaming Store.

But before Sam has any idea what’s actually going on with his Father, he ends up in a world he really doesn’t want to be in… The Grid…

… and a disturbing truth comes to light behind Kevin’s disappearance all those years ago… and Sam must do everything he can to stop a very dangerous and highhanded program and the Army it has built from destroying the freedom of the digital world… and also from destroying everything, digital or not, that it judges as “imperfect”.


Another classic. This time in waiting.

At time of release it made a bit of a splash but seems to have died off since.

The original did the same thing though, eventually becoming a cult film. I can see Legacy doing the same tbh.

Legacy is one very special sequel. It manages to incorporate the exact same cutting edge imagination as the first film, and then builds on it over and over again until what you’re witnessing is yet another original film filled with some impressive ideas and a recognizable series of events to back it up.

What works though, is the foundation of realism the filmmakers have incorporated.

TRON was a product of its time when it comes to technology. It was blocky, colourful and cutting edge at the same time. Legacy has grown the story with real time.
It’s smooth, clear and clinical and has some of the best effects possible.
In real life, tech has changed… in Legacy, tech has also changed.

It’s very clever the way it ties into the original yet manages to be completely different.

The acting is also ramped up. This time, some of the naďve acting with the subject matter of the original has been ironed out.

Garrett Hedlund plays Sam Flynn (Son of Kevin Flynn) and it’s his task to lead the film through its many subtle levels. Hedlund is on top form too. His rebellious youthful side is almost disorienting, I thought he was a lot younger but he’s near 30 years old.

Olivia Wilde is also magnificently beautiful as Quorra.
She plays almost the everyman of the film and carries a toughness and also a brilliant childlike quality that is perfect for the role. I totally fell in love with Wilde because of this role.

Jeff Bridges is back too as Kevin. This time round he’s become old and a bit flabby but he also plays CLU… this CLU is a new version of the one seen in the first film and using CGI, they’ve “younged” Bridges. It’s a highly impressive turn from Jeff to play a younger and older version of a character he hasn’t played for over 30 years.

We’re also treated to Michael Sheen as Castor/Zeus. My word, Sheen steals this film. He’s like a cross between Austin Powers and Jim Carrey as The Riddler and then adds even more flamboyance to the role then ramps the whole thing up into what I can only describe as immense.
It’s simply raw talent from Sheen.

Back up comes from Bruce Boxleitner as Alan in a smaller role than last time, James Frain, Beau Garrett and Daft Punk make a showing too.

The action is also good. Backed up by fantastic effects and character writing the film manages to keep you glued to the screen and gets you excited.
There are also some brilliantly realized additions and twists to the “games” we all saw in the first film.

Then there’s a revamped backing track by Daft Punk bringing the whole thing together. Containing the same notes and tones of the original but mixed up, twisted and digitized to perfection. I can’t help but get shivers when the music starts at the beginning of the film.


All in all… a brilliant follow up to an ancient classic. Not seen a great deal since but I reckon will start making its mark soon and reach the mythical heights of its predecessor.

Great action, exciting, yet again you care about what’s going on and improved across the board in terms of story, acting, effects and general writing. One of the best sequels I’ve seen.

Put it this way, along with TRON… Legacy is now in my Top 10.