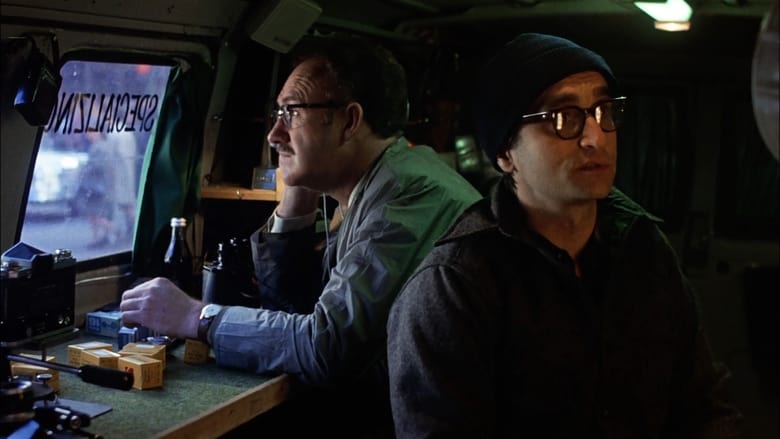 This is a film that has been on my "watch list", so to speak, for a while, and I decided to check it out what with it being so highly rated and also a seventies film, of which I'm trying to watch more with the MoFo Top 100 list deadline approaching. It's a slow-burning film, even though it's not particularly long, but that doesn't detract from its quality too much here. I don't mind if a film's slow as long as I feel it's effective and potent - I think The Conversation is, for the most part. The premise surrounds a surveillance expert, played by Gene Hackman, tracking a young couple, whom he then believes will be murdered. Nothing too complex but interesting nonetheless.

Ford Coppola had a great period in the seventies of directing films that have become renowned in their own right. This is no different. Hackman is an adept actor, and he plays Harry Caul here, the surveillance expert and protagonist of the film. This is a character study as much as it is a run-of-the-mill thriller, and I think that may be what puts people off. However, I think it adds to the film's overall quality - thriller seems to recently have become a byword for ham-fistedness and poor-quality films, but putting more emphasis on the main character is something that seems to have been bypassed in recent years, and the emotional effects presented here - and in films such as Jacob's Ladder - can be as powerful as the physical ones.

The acting is fine, and Harrison Ford features in a decent early role of his. Surprising how menacing he could be here. John Cazale is great as well - his five-film - and tragically short-lived - career produced five of the greatest films ever made in the eyes of many. He could play the underdog and the downtrodden character with gusto.

Overall, I think this is a very good film, even despite it dragging slightly in the middle third. The acting is skilful. Some of the film feels too slow, but it doesn't for the most part take away from the value of the film as a whole, and that's why I've given it an 8/10 rating.

Quotes
Harry Caul: I'm not afraid of death, but I am afraid of murder.

[about a bum on a park bench]
Ann: Every time I see one of those old guys, I always think the same thing.
Mark: What do you think?
Ann: I always think that he was once somebody's baby boy. Really, I do. I think he was once somebody's baby boy, and he had a mother and a father who loved him, and now there he is, half dead on a park bench, and where are his mother or his father, all his uncles now?

[repeated line from the recording]
Mark: He'd kill us if he got the chance.

Trivia
As Harry refines and re-refines the recording, he interprets what he hears in different ways. In fact, the dialog was recorded multiple times with different readings to get this effect.

Gene Hackman later plays a former NSA agent who is a surveillance expert in Enemy of the State (1998), and the images of his character in his younger days are taken directly from this film.

Coppola had written the outline in 1966 but couldn't get financing until The Godfather (1972) became a success.