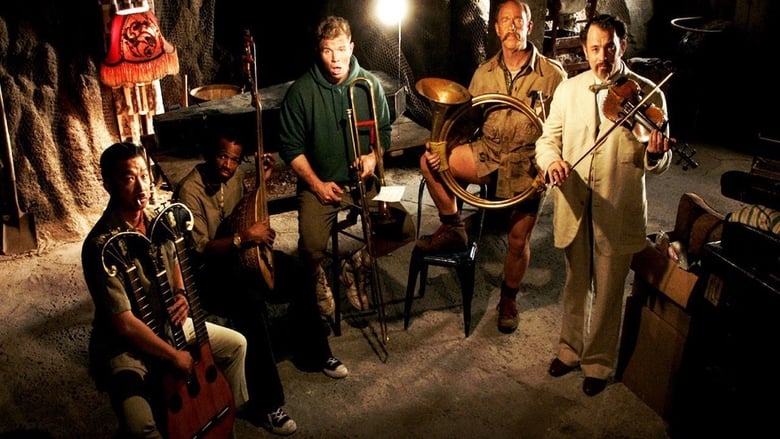 by Yoda
posted on 4/02/04
in
Coen Brothers films have a certain feel to them. In each and every one, there's a certain near-impercetible quirk. They all share this common thread, which transcends their choice of actors, plot, or even dialogue. It's not a photograph; it's a lens filter, linking seemingly unrelated things by applying the same unique distortion to all of them.

The Ladykillers, by this measure, is a certified Coen Creation, but it represents their latest phase: to take seemingly mainstream stories, put their trademark spin on them, and release them for mass consumption. Unfortunately. the first example of this (Intolerable Cruelty) was wittier, smarter, and far more entertaining.

It's possible my opinion has been effected by my preconceived notions about the film. Trailers for the film showcased Tom Hanks' character "The Professor," an over-the-top southern gentlemen whose manner of speaking and breadth of knowledge resemble a human version of Foghorn Leghorn with a doctorate. Hanks has preserved the Coen tradition of creating characters whose primary entertainment value lies in the way they speak. From southwest white trash in Raising Arizona, to thick Minnesotean in Fargo, nobody uses interesting dialects to greater effect than Joel and Ethan Coen.

However, where this principle is usually used to great effect as a supplement, in The Ladykillers it's something the film seems to be leaning on. The first half of the film drags, and by the time the Professor has fully assembled his gang, we're more than ready for their bizarre personas to bounce off each other. But this doesn't happen in any interesting way. For roughly an hour, our only cinematic sustenance is Hanks' southern drawl, and the utterly genuine Irma P. Hall, playing the titular lady. You might remember her as Martin Lawrence's slap-happy mother in 1997's underrated Nothing to Lose. She reprises that bit to great effect, though a few more slaps would've multiplied the laughs exponentially.

The only time I genuinely enjoyed myself was over the film's last 30 minutes, in which all hell breaks loose, and everything that can go wrong, does (and then some). The last few sequences are a major departure from the rest of the film, which is whimsical and light as it deals with chasing cats and an emotive painting taken straight out of Mouse Hunt.

The dark comedy, however, suits the Coens well, though they try to give the ending some consistency with the rest of the film by making each act of death ridiculous to the point of being comical. Walk into the theater late (really late), and you might think you've strolled into a PG-13 cut of Final Destination.

Still, through all this it's hard not to like The Ladykillers. It's hard not to like any film which has the audacity to give its protagonist the line "we must all have waffles, forthwith," and Hanks' character is undeniably memorable. It's a somewhat weak effort for the Coen Brothers, but it still outpaces most of today's major releases.