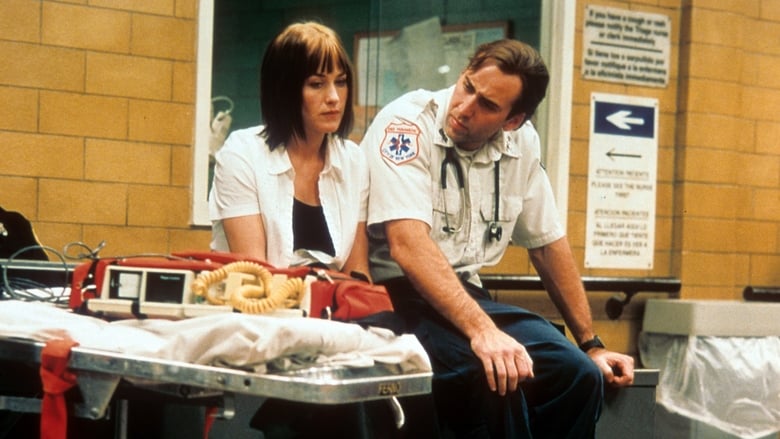 Bringing Out the Dead

by JayDee
posted on 4/27/14
in
These next two reviews are a bit shorter than the norm, but still longer than a micro musing. That's what I thought it was going to be originally which is why I never got round to doing the plot or trivia or even a conclusion


Bringing out the Dead


Of all the films I've seen in this recent Scorsese marathon this is the closest to being a misfire in my eyes. Though up front I should say that a large part of that is certainly down to its fairly dark and depressing nature, which made it tough to warm to. It wasn't a complete loss though and there was some stuff here I really enjoyed.


In the lead role you've got Nicholas Cage, who as I've touched on before in a couple of my reviews, is really quite the enigma. Certainly not someone I'd rate as a particularly good actor, he can however be very effective if his unique style is properly harnessed by the right director and in the right role. And I certainly found that to be the case in this film, with Cage delivering one of his most impressive performances I've come across. His manic, bug-eyed style made for a very suitable fit for Frank Pierce, the burnt-out paramedic who really is on the very edge of his sanity throughout the film. In addition I've always found Cage to have this naturally worn down, defeated demeanour to him, heightened by his lazy drawl, that just makes him seem a bit of a sad-sack. Again making him almost perfect for this soulful, tortured individual. Oh and great job on both his behalf and that of the make-up department for creating just about the most haunted set of eyes I've ever seen.


And I loved some of the minor characters that populated the film such as Ving Rhames' religious-minded paramedic, Tom Sizemore's demented and homicidal paramedic and the female doctor who openly despised most of her patients. In general those performers and pretty much everyone else are all very strong. Patricia Arquette is very good as the daughter of patient that Cage befriends, giving a very honest and haunted performance. John Goodman, the acting god that he is, is as great as you'd come to expect and it's just a shame that he vanishes from the film about halfway through. While both Sizemore and Rhames steal the show whenever they pop up.


As is frequently the case with a Scorsese film, Bringing out the Dead is a very flashy and showy movie to look at. On this occasion that is evident in the form of lighting and shots that reflect the chaotic nature of the character's job and the dark frame of mind he finds himself in. We get lots of shots that are sped up, some anarchic editing and wild camera movements to really create a sense of disorientation. On top of that Cage's face is frequently drenched in neon light coming from the city's buildings, and the blue and red flashing from the ambulance's lights to create frenzied and nightmarish mood. Alongside that flashy aesthetic however I didn't think the film had the substance that usually goes along with it, coming off as just a touch shallow on occasion. I just didn't feel that the film necessarily went anywhere. He starts the film driving the city's streets in an ambulance and ends it the same way, with the film not really going anywhere in between.


The atmosphere that Scorsese creates is a that of a very bleak, hellish urban environment; Woody Allen certainly never featured this New York in any of his films. If you had asked me a week ago what I thought of Robert Richardson, I'd have had no clue who you were talking about. Now however I'd have to rank him as one of my favourite cinematographers working today. Following in the footsteps of Hugo, Shutter Island and The Aviator this film marks another visual masterclass from him. And just looking at his back catalogue he was also responsible for JFK and Django Unchained, another two movies which I was greatly impressed by in terms of their visuals.


So even though I wasn't hugely sold on the film, as you can see there was quite a lot about it that I admired and enjoyed. And now that I know what the film is about and what it entails I could certainly see it growing on me with future viewings. Now knowing its dark tone I could time it to coincide with beng truly in the mood for it. Oh and I almost forgot to mention what was perhaps my favourite thing about the film - its soundtrack; a great mix of a dirty jazz score and an eclectic mix of songs from the worlds of rock, reggae and R&B.
» More about Bringing Out the Dead
» More reviews of Bringing Out the Dead
» More reviews by JayDee