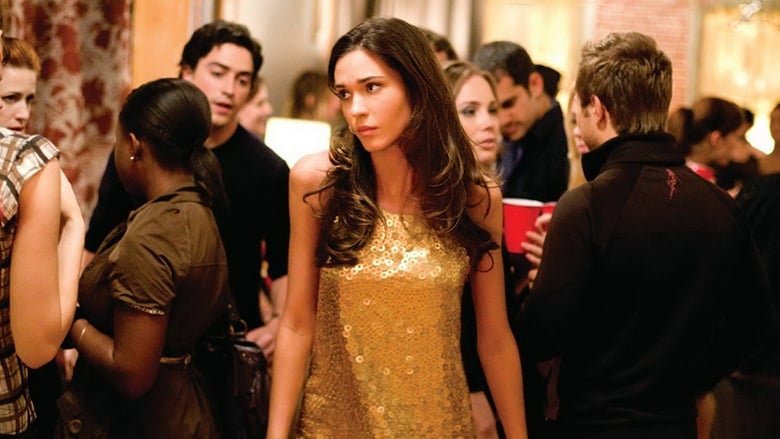 by Masterman
posted on 2/27/14
in
Cloverfield
Directed By: J.J. Abrams

Plot: Cloverfield follows five New Yorkers from the perspective of a hand-held video camera. The movie is exactly the length of a DV Tape and a sub-plot is established by showing bits and pieces of video previously recorded on the tape that is being recorded over. The movie starts as a monster of unknown origin destroys a building. As they go to investigate, parts of the building and the head of the Statue of Liberty come raining down. The movie follows their adventure trying to escape and save a friend, a love interest of the main character.

Ime not normally a fan of the whole shaky camera movies, they normally have my head spinning, and become pretty annoying. Cloverfield on the other hand is an exception. Cloverfield is a fantastic movie, it's really well made, and the whole movie feels like your experiencing it for yourself. I really enjoy a good monster movie. Movies like Jurassic Park, Godzilla, and King Kong are some favourites of mine, but Cloverfield somehow feels fresh, it feels new and it brings something new to the table. Cloverfield is very clever, it's very mysterious and never gives anything away. We never actually get to see anything more than we need to, we see glimpses here and there and that's all we need. If only other movies took note. 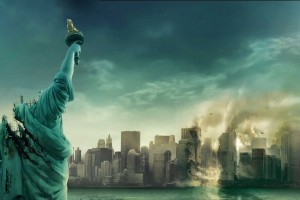 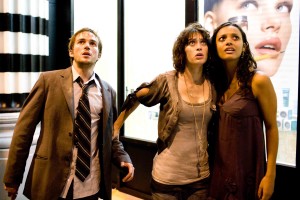 Trivia:
The first trailer for this movie played before "Transformers". It showed a giant explosion in the heart of New York City and the Statue of Liberty's head being thrown down a street. It was shot with a hand-held video recorder. There was no title.

The film has no music score and music for the end credits do not begin until 1 minute and 30 seconds after the credits start rolling.

During the first weekend of the release, many theaters posted signs warning guests that the hand held camera movements may cause motion sickness.

In 1998 Godzilla was released with a budget of 130 million dollars, it was panned by critics, and was way over done. 10 years later and only 25 million dollars to make and Cloverfield nailed every tiny detail. Less is more is certainly the case here, and Cloverfield doesn't receive half the praise it should do. Cloverfield is intense, gripping, and kind of original in its ways. It's one of the best creature features out there, and certainly one of the best movies of its year.