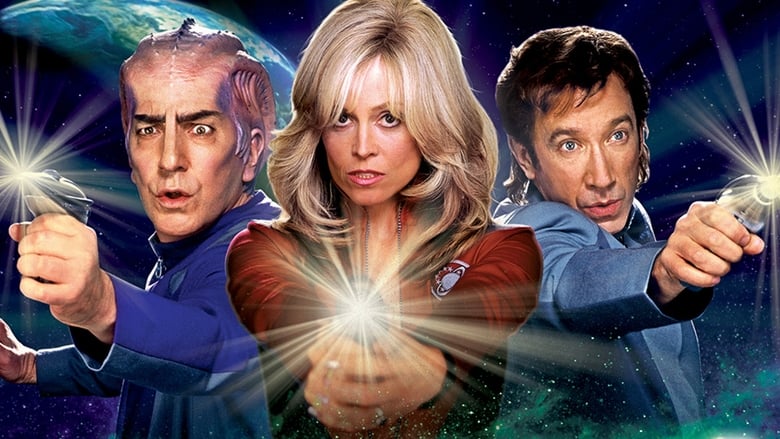 by Gideon58
posted on 2/17/14
in
Galaxy Quest is a surprisingly clever comic adventure that does stretch credibility, but provides a little more substance than you might expect from this kind of comedic adventure.

The title of the film is actually the title of a short-lived, sci-fi television series that during its brief time on the air, developed cult status, a fictionalized STAR TREK, if you will, that continues to live on through conventions and live appearances for its cast, whose careers have pretty much been reduced to these live appearances, which most of the cast seems bored with, except for the star of the show, Jason Nesmith (Tim Allen), who lives for these live appearances until he accidentally overhears a couple of fans talking about how ridiculous the show and Nesmith are, which sends Nesmith on a drunken bender. 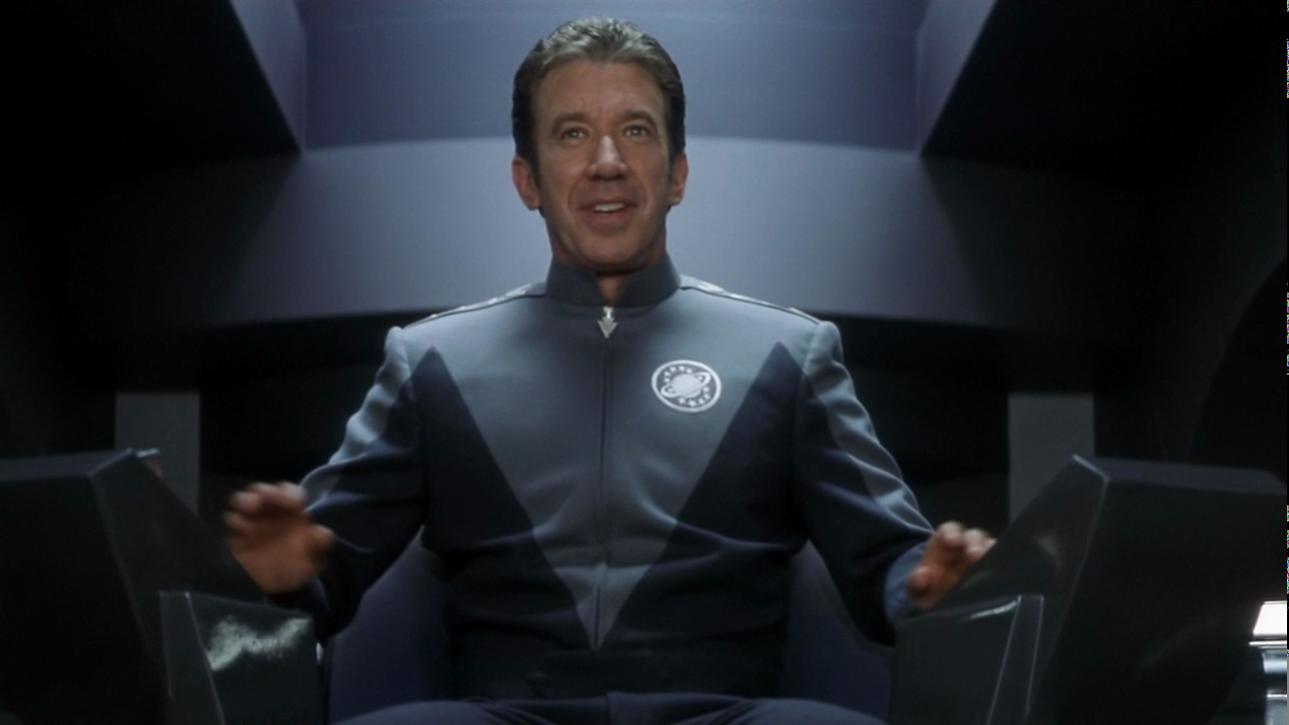 The following morning, a seriously hungover Nesmith is actually confronted by a group of aliens, who believe he is the character he plays on Galaxy Quest and have come to ask him to help them with a mission on their own planet.

This film manages to achieve the impossible, by literally throwing reality and credibility out the window and still presenting an entertaining satire that takes on-target looks at fan obsession as well as science fiction television in such an entertaining way, that you can't help but be immediately sucked in by the proceedings. 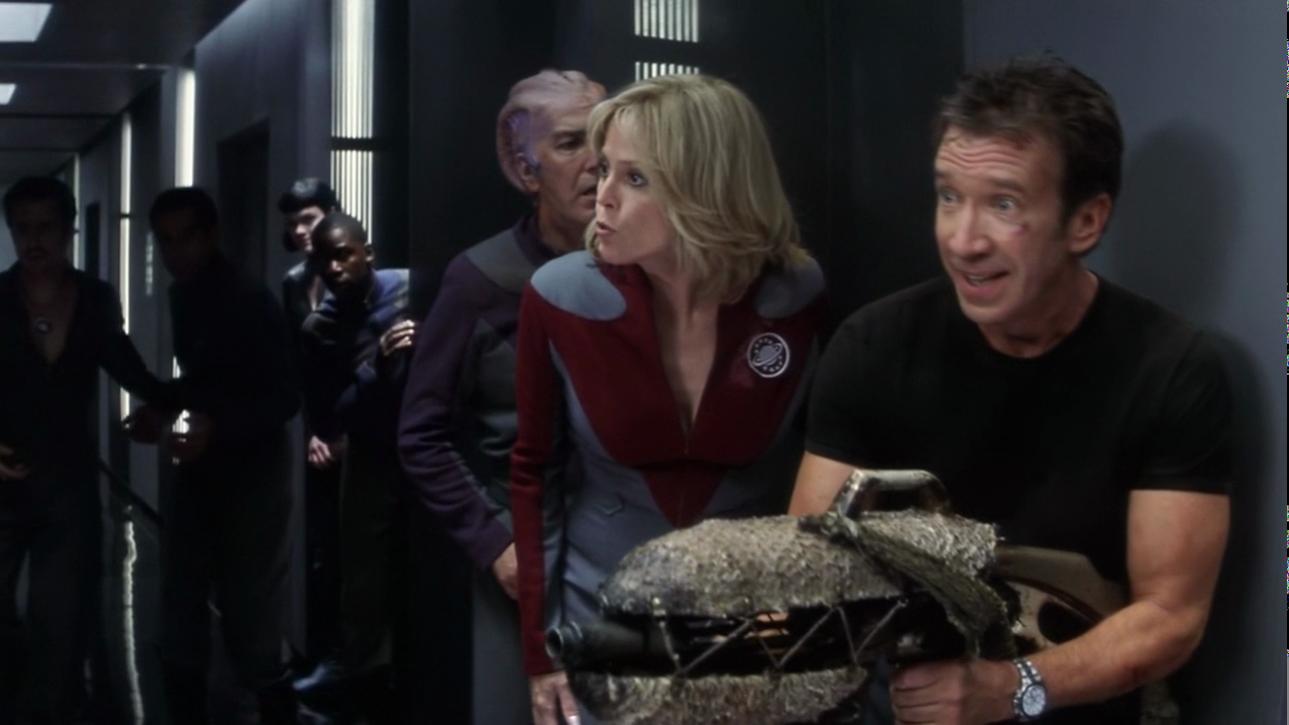 Tim Allen lights up the screen here, proving to be a commanding comedic presence who manages to make the character of Jason Nesmith funny, likable, and human in seemingly effortless fashion. Allen receives solid support from Sigourney Weaver, Daryl Mitchell, Tony Shaloub, and especially Alan Rickman as the rest of the cast of the television show. Sam Rockwell is also very funny as an actor who guest starred on one episode of the show but still manages to get in on the adventure here and mention should also be made of a very young Justin Long, who is adorable as a nerdy fan of the show who ends up being very instrumental in helping the gang with their mission.

David Howard's screenplay is intelligent and surprisingly clever, mining laughter and warmth out of an outrageous story, well-anchored by Dean Parisot's effective direction, which makes a completely off-the-wall and unrealistic story completely watchable and enjoyable, with enormous re-watch appeal. As long as you don't take it too seriously, this film can be so much fun. 7.5/10
ģ More about Galaxy Quest
ģ More reviews of Galaxy Quest
ģ More reviews by Gideon58