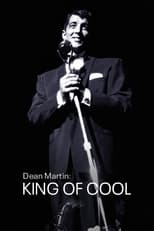 Release: Nov. 14th, 2021
Runtime: 1 hour, 40 minutes
Dean Martin had a laid-back charm that made him successful in everything from big-screen comedies to television variety shows to live acts in Las Vegas. Filmmaker Tom Donahue explores Martin’s varied career, including his complicated relationships with Jerry Lewis, Frank Sinatra, Sammy Davis Jr, and others. We hear from admirers such as critic Gerald Early, actor Jon Hamm, and Hip-Hop artist RZA who testify to Martin’s enduring mystique.

We didn't find any linked discussions for this film. Here are the results of a quick search of possibly related threads:
6 Steve Martin and Martin Short: An Evening You Will Forget for the...
Steve Martin and Martin Short: An Evening You Will Forget for the Rest of Your Life This hilarious show was performed and recorded in South Carolina in 2018. Steve Martin and Martin Short are a c...
159 Deadite's 50 Cool Movies for Cool People
Been thinking about doing this one for a while... I fell in love with movies when I was a boy, experiencing their power to create moments that stuck with me throughout my life, captivating me with ...
8 James Dean
Any of you hear about this?? This CGI nonsense is going WAY too far. Making old actors young again was already a stretch for me but now they're just going to recreate an actor who isn't living a...
16 James Dean
Surprised I was when I found there wasn't a James Dean thread. I'm to young to have experienced the era when he was around and still know very little without having ever seen any of his films, aside f...