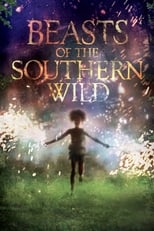 Release: Jun. 29th, 2012
Runtime: 1 hour, 33 minutes
Hushpuppy, an intrepid six-year-old girl, lives with her father, Wink in 'the Bathtub', a southern Delta community at the edge of the world. Wink’s tough love prepares her for the unraveling of the universe—for a time when he’s no longer there to protect her. When Wink contracts a mysterious illness, nature flies out of whack—temperatures rise, and the ice caps melt, unleashing an army of prehistoric creatures called aurochs. With the waters...

We didn't find any linked discussions for this film. Here are the results of a quick search of possibly related threads:
1 Beasts of the Southern Wild (2012)
Beasts of the Southern Wild (2012) IMdB Beasts of the Southern Wild is the story of a little girl, Hushpuppy, and her father, Wink who's getting sicker everyday, their life in the Bathtub, a c...
80 Fantastic Beasts and Where to Find Them
Release Date: November 18, 2016 (3D/2D theaters and IMAX) Studio: Warner Bros. Pictures Director: David Yates Screenwriter: J.K. Rowling Starring: Eddie Redmayne, Kate Upton, Saoirse Ronan and...
23 Fantastic Beasts 3 - Depp Out!!!
"Warner Bros. boots Johnny Depp from Fantastic Beasts franchise, announces plans to recast Grindelwald" I actually liked his performance in the second film, but the film itself...
61 Fantastic Beasts & Where To Find Them 2
Jude Law to Play Young Dumbledore ...
0 60s-70s southern US getaway story
Hello, I am new in these part and would appreciate some help: Seen in Germany early 70s, in a German dubbed version: A bunch of ex convicts get out of jail and are stuck in some remote Mississipi(?) s...

TheUsualSuspect Wallis hasn't had too much of a career after Beasts, she starred in the stinker Annie and the gut-wrenching 12 years a slave, which I don't even remember her role in.
READ REVIEW

Thief Rookie director Benh Zeitlin chooses a somewhat unconventional approach to the film, with a mostly raw and down-to-earth approach to filming that fits the "crudeness" of the life in this community.
READ REVIEW

NO RATING
Torgo I have heard the argument that it's foolish to be bothered by such inaccuracies because the movie is from Hushpuppie's perspective, but when I think of better movies that show a world from a child's eyes, that naivety does not extend to how its adults experience it.
READ REVIEW
View All (8)