Once Upon a Time in the West: The Wages of Sin 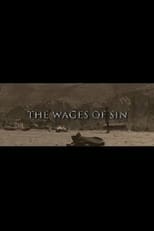 Release: Nov. 19th, 2003
Runtime: 20 minutes
Second part of a three-part documentary series on the making of Once Upon a Time in the West, Italian filmmaker Sergio Leone's masterpiece, released in 1968. (Preceded by An Opera of Violence; followed by Something to Do With Death.)

We didn't find any linked discussions for this film. Here are the results of a quick search of possibly related threads:
2 Will there be a Once Upon a Time in the West Blu-Ray?
I'm sorry if this has being asked before, I could not find anything in the search function. I'm just updating some of my movies to Blu-Ray, I have OUATITW in DVD. There's a 2-DVD version, but ...
33 Once Upon A Time In The West
I would like to see what the great patrons of the world of MoFo think of this exceptional piece of Movie Artistry. Do you like, love, hate, this story? Was the acting under, above par? What about t...
0 Once Upon a Time in the West - Mastery of Opposites
Hey! I created a video essay discussing one of my favourite films, Once Upon a Time in the West by Sergio Leone. I’d love some feedback from the video! Just a little to know what you thought about the...
3 Wages of Fear = Perfection
About a month ago I finally got around to watching Wages of Fear (Clouzot, 1953), and can say honestly it's one of the best films ever made. I always thought the US remake, Sorcerer, was a great fi...
1 Mofo Watch List "The Wages of Fear" - Week 2, Film 1
The Wages of Fear "Le Salaire de la Peur" (1953, France) Directed by Henri-Georges Clouzot Starring: Yves Montand, Charles Vanel and Peter van Eyck Recommended by Gatsby In a...