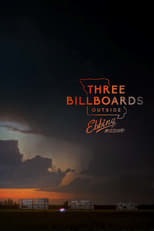 Release: Nov. 10th, 2017
Runtime: 1 hour, 55 minutes
After seven months have passed without a culprit in her daughter's murder case, Mildred Hayes makes a bold move, painting three signs leading into her town with a controversial message directed at Bill Willoughby, the town's revered chief of police. When his second-in-command Officer Jason Dixon, an immature mother's boy with a penchant for violence, gets involved, the battle between Mildred and Ebbing's law enforcement is only exacerbated.

4 Question about the plot to Three Billboards Outside Ebbing, Missouri.
I didn't understand one part of the movie where: SPOILER The mother is looking for her daughter's killer, and a strange man shows up in the store, where she is and tells her that he may be the o...

Yoda But the best version of a Quentin Tarantino film is, even while its worst version is borderline schlock.
READ REVIEW

dadgumblah Director Martin McDonagh has done an amazing job with this film, going from bits of black humor to total darkness to sympathy to redemption to uncertainty---so many themes all rolled up into one solid satisfying whole.
READ REVIEW

Gideon58 Feeling the police have forgotten about her daughter, Mildred lashes out by paying $5000 to rent out three billboards with a boldly painted message to the police, singling out Police Chief Willoughby (Woody Harrelson), a hard-working officer who is dying of cancer.
READ REVIEW
View All (6)