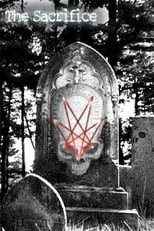 Release: Dec. 31st, 2005
Runtime: 1 hour, 35 minutes
Three years after the death of his father, 16-year-old Jonathan Kelly moves with his mother to the small New Hampshire town of Dunkirk. He is immediately drawn to David, a boy who shares his interest in the occult, and a tentative romance begins to develop between them. But when the boys try to learn the truth behind a local ghost story, they discover that someone is digging up graves in the oldest part of the cemetery, collecting human remains...

We didn't find any linked discussions for this film. Here are the results of a quick search of possibly related threads:
7 Which director would you sacrifice?
Which director would you sacrifice in order to bring another one back from the dead?...
3 Pawn sacrifice
Pawn Sacrifice The greatest chess player of all time ( Russian Gary Kasparov ) has not got a film made on him , but American Bobby Fischer has one made on him---is this the privilege of being a...