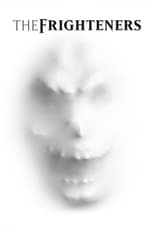 Release: Jul. 18th, 1996
Runtime: 1 hour, 50 minutes
Once an architect, Frank Bannister now passes himself off as an exorcist of evil spirits. To bolster his facade, he claims his "special" gift is the result of a car accident that killed his wife. But what he does not count on is more people dying in the small town where he lives. As he tries to piece together the supernatural mystery of these killings, he falls in love with the wife of one of the victims and deals with a crazy FBI agent.

JayDee Universal paid for all of the servers that Jackson required for the film's CGI and allowed him to retain them after filming had wrapped.
READ REVIEW

TheUsualSuspect Unfortunately, the film seems to be on the bottom of people's appreciation list when it comes to Jackson.
READ REVIEW

Yoda Then again, it isn't really a straight thriller or horror film; comedy is sprinkled throughout, and the film only takes itself seriously sporadically (usually when the Reaper-like ghost is on screen).
READ REVIEW