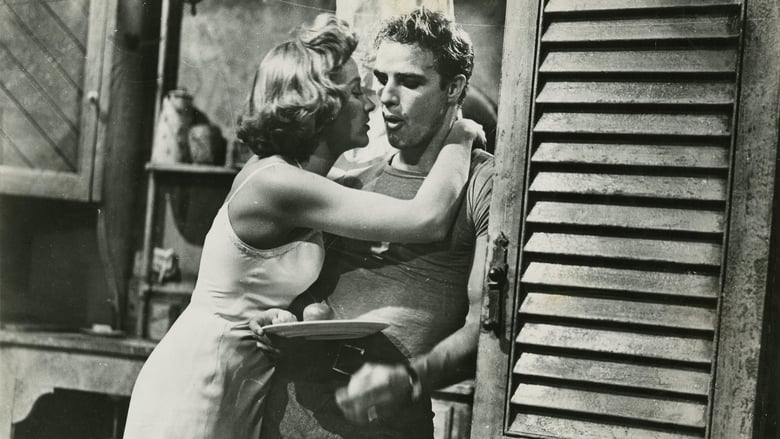 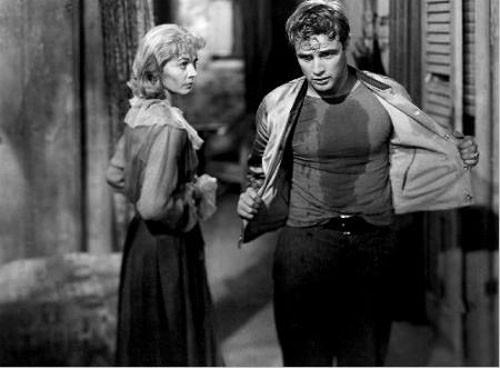 Four years after premiering on Broadway, Elia Kazan brought Tenneesee Williams' A Streetcar Named Desire to the big screen with most of the Broadway cast intact (Vivien Leigh replaced original Blanche Jessica Tandy, though Leigh did play Blanche in the original London production).

This powerful and steamy classic is the story of a mentally fragile woman named Blanche DuBois (Leigh) who arrives in New Orleans to visit her sister, Stella (Kim Hunter) and immediately becomes involved in a battle of wills and souls with her sexy and brutish brother-in-law(Marlon Brando).

Filmed in beautiful black and white, this movie beautifully creates summer in New Orleans, you can practically feel the sweat dripping off the characters. The acting, in a word, is brilliant. Vivien Leigh creates such a delicate china doll character in Blanche that many believed she was mentally ill when she was making the film. She wasn't, she was just that good an actress. Marlon Brando ushered in a new brand of leading man and a whole slew of unforeseen acting techniques in his performance as Stanley Kowalski. Brando electrifies the screen in this performance...so powerful, so sexy, so animalistic, so intense...when he's on screen you can't take your eyes off of him. Stanley is like a traffic accident...you can't look and you can't look away. Probably one of the five greatest performances by an actor in cinema history, it must be experienced to be believed. 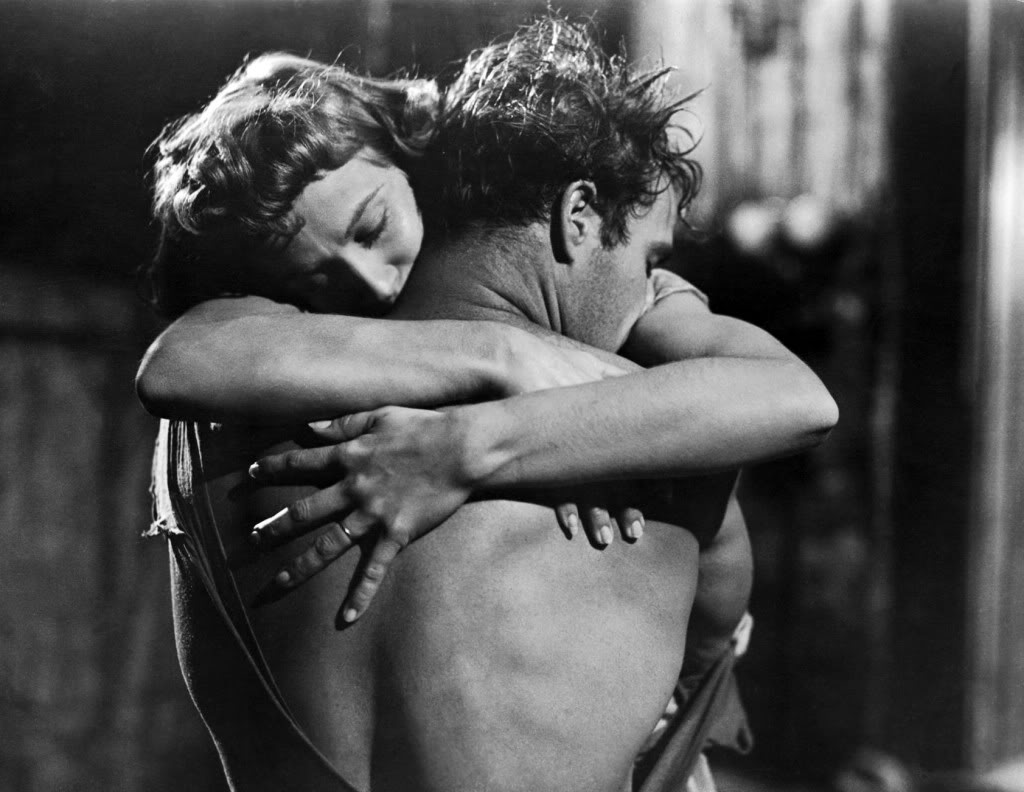 Leigh and Brando get rock solid support from Kim Hunter as Stella and Karl Malden as Mitch, Stanley's co-worker and Blanche's potential beau. Leigh, Hunter, and Malden all received Oscars for their performances. This was the first film in history to win three of the four acting Oscars (this feat would not be duplicated again until 1976's Network) and, surprisingly, it was Brando who would be overlooked, losing to Humphrey Bogart for The African Queen, but there is a school of thought that Brando was robbed and I agree. Kazan's direction is steady and despite the "cleaned up" Hollywood ending, this is still a bold and penetrating motion picture experience that will haunt long after the credits fade. Remade for television in 1984 and 1994.
» More about A Streetcar Named Desire
» More reviews of A Streetcar Named Desire
» More reviews by Gideon58