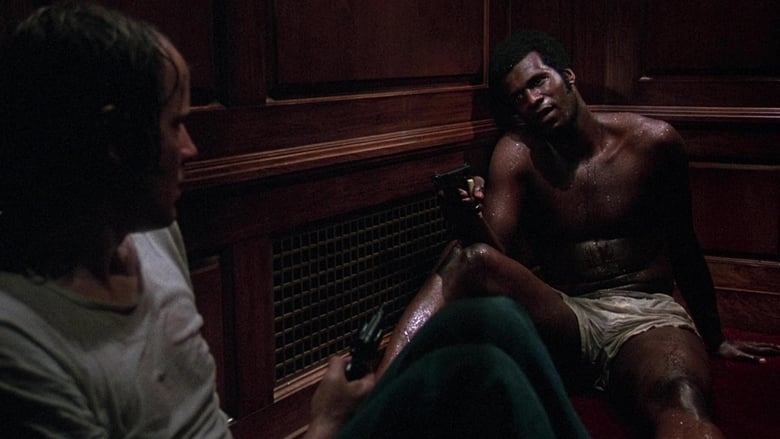 Report to the Commissioner

Report To The Commissioner (Milton Katselas, 1975)

I'm always looking for gritty urban crime movies from the heyday of the American new wave, and this was another 'skip to the head of the queue' shoe-in considering the source material. Adapted from the novel by James Mills (who also wrote The Panic In Needle Park); it's a no-holds-barred look at seventies police procedure, corruption and politics that reiterated for New York what Joseph Wambaugh and Richard Fleischer's The New Centurions had done for LA, via a firm nod in the direction of Peter Maas, and Sidney Lumet's 1973 classic Serpico; not to mention his later Prince Of The City, and a whole host of similar New York gems such as The French Connection, The Taking Of Pelham One Two Three, and Across 110th Street. The casting of Michael Moriarty, and Yaphet Kotto (the latter of whom being one of my favourite actors) was another prime motivator for seeking out this forgotten film...

By today's post Training Day standards the plot might appear unremarkable. Bo Lockley (Moriarty) is the meek, pacifistic young son of a highly decorated police officer; recently promoted to detective as a part of a departmental drive to connect with youth offenders, and hence totally unsuitable for the job. Richard 'Crunch' Blackstone (Kotto made up to look retirement age) is the hard boiled African American bigot forced to teach him the ropes on the street, where he regularly roughs up his own people. Meanwhile Patty 'Chicklet' Butler (Susan Blakely) is an undercover in the process of seducing local black drug dealer Thomas 'The Stick' Henderson (Tony King) so she can be his live in woman and pass on information to the department. Lockley is ordered by his captain to track down Chicklet in order to reinforce her runaway junkie cover story, without the knowledge of her undercover police status. On finding her cavorting semi-naked with The Stick, he panics and a shootout ensues in which Chicklet is killed. Having understandably not gotten authorisation for such a controversial undercover posting, Lockley's Captain and Lieutenant make him a patsy for Chicklet's murder in order to save their own careers. That is until the Commissioner demands a full report...not a cover up...

Sometimes criticised for a lack of credibility concerning Blakely's role, i.e. the misconception of a white female officer receiving the go-ahead in 1975 to sleep with a black criminal in order to obtain information; not to mention the subsequent validity in court of that information. Report To The Commissioner also suffers from Michael Moriarty's uneven lead performance. In initially playing the character as a whiney unstable hippy, he belies any notion that Lockley could have made the role of detective; regardless of who his father was. As the film progresses however, Moriarty slides into an edginess that serves the burgeoning nightmare perfectly. Here he portrays Lockley with the kind of unhinged intensity Bruce Dern would have been perfect for if the film had been made ten years earlier. This offset against a typically excellent Kotto as the tough aging cop with his own sad-but-true reasons for inverted racism in the face of a white man's police department, gives the film just one side of it's layered and volatile moral center. This is a New York that never looked grimier, and a film without definable heroes. Effectively edited in a flash back style that begins with Lockley's post shootout interrogation, before taking us through prior events, and culminating in a sweaty elevator standoff between Lockley and The Stick (pictured); whilst half the New York police department wait to gun down whoever emerges first. All this accompanied by sporadic narration that amusingly sounds like it was ripped from an episode of Dragnet, but works well considering the police procedural ambiance.

Elsewhere vivid, if exemplary support is provided by the likes of Bob Balaban as a double amputee beggar guaranteed to pull your heart strings, and Richard Gere (in his first cinematic role) as a sleazy pimp who doesn't buy Lockley's tough guy act. Blaxploitation star Tony King is intense and intimidating bringing a level of suspense to the film's climax worthy of any classic crime thriller. Whilst Susan Blakely is right on the money as his liberated honey trap. Even William Devane pops up late on in a small role, and Charles Durning briefly appears unbilled. So yes, it's flawed - too much for many - but I wouldn't have it any other way because this is my kind of movie. A world where reprehensible traits such as casual racism, and overt misogyny are the rule of thumb, rather than swept under the carpet and hidden away by media spin. Naturally I don't agree with such values, but their honest portrayal can make for refreshing, challenging viewing in the face of a modern society obsessed with political correctness. I guess that Report To The Commissioner still feels more real to me than the majority of modern movies I sit through. I can't say I would recommend it above any of the films mentioned in the first paragraph of this review (nor a few other seventies gems), but it's up there and still relevant all things considered.
» More about Report to the Commissioner
» More reviews of Report to the Commissioner
» More reviews by Used Future