by The Rodent
posted on 2/14/13
in
Cheers guys, time for the special review, managed to time it about right too...

Going to make some changes to the layout after this one, have yet to decide exactly how but hoping to make it a bit more colourful and have some extra pics etc... 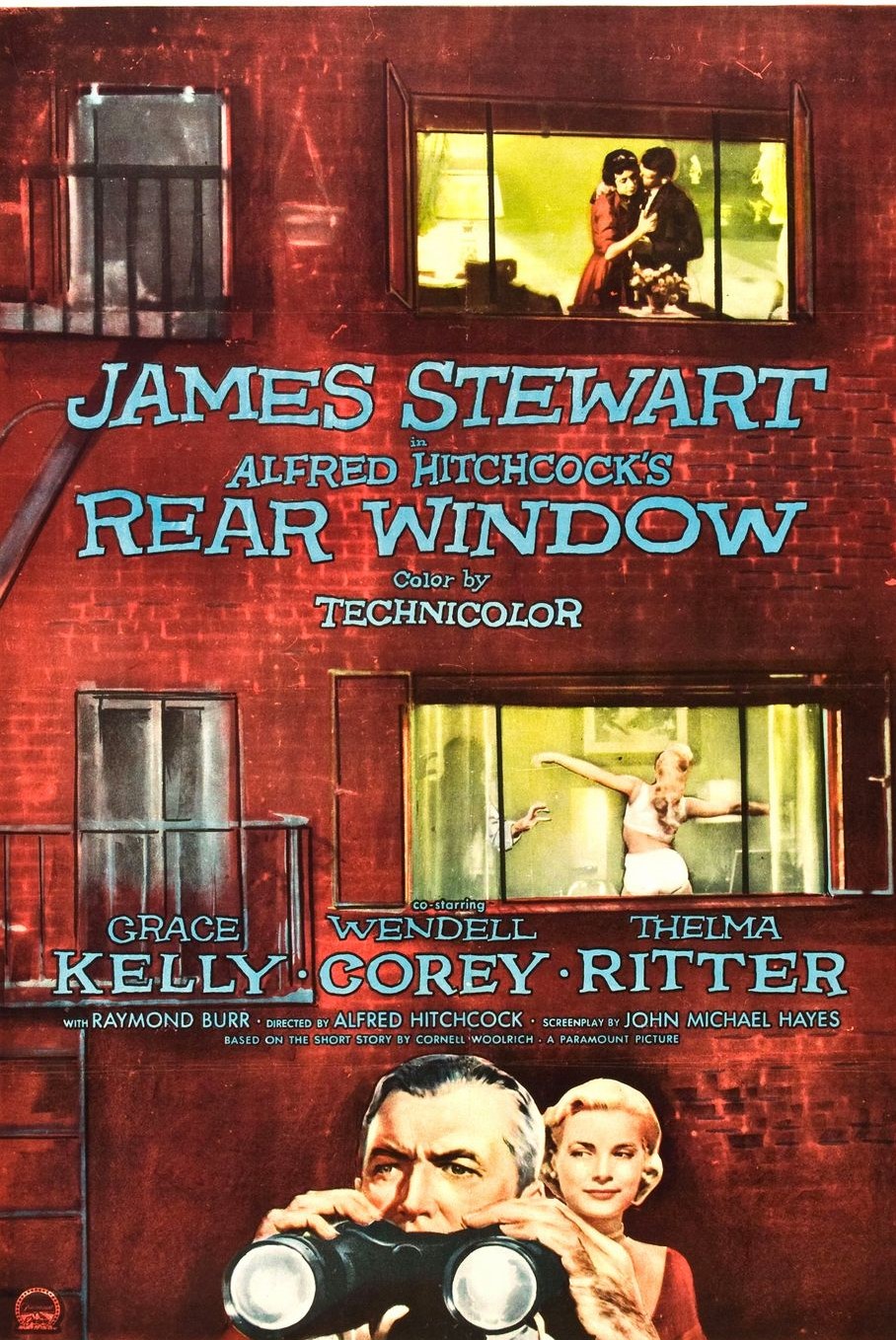 L.B "Jeff" Jeffries ends up chair bound in his apartment after he vreaks his leg.
Apart from the ocassional visit from a Nurse and arguing with his upmarket girlfriend Lisa over her being too good for him, Jeff has little to do except watch his neighbours from his livingroom window.
One night Jeff spots something strange with the Mr and Mrs Thorwald in the apartment across from him... and he begins to suspect that Thorwald has murdered his wife...

Has the boredom twisted his mind and made him paranoid about the people in his block? Or has Mr Thorwald really been up to no good?

One of Hitchcock's best, Rear Window is a thriller like no other.
It combines many elements of genres, from drama to thriller to bordering paranoid horror...

What stands out though, is that most of the film unfolds in one place and the main star barely moves from one spot.
It's also down to the dialogue writing too. The film doesn't just throw the plot in your face just to get things rolling.
The cast go through a lot of inane babble and philosophical talk about love and relationships, society, marriage and other pointless ramblings but it adds such an air of authenticity to the film and gives the characters a real depth.
And even though some of it does cover sub-plots and character building background, the most inane conversations are highly engaging.

I couldn't help but want to sit and listen to the pointless talks, I was sitting imagining some of the things they were talking about, especially the talks between Jeff and Lisa and their differing lifestyles.
A lot of it contains chunks of humour too, especially with some of Jeff's dialogue when he's talking about marriage to Lisa.

Mixed into that is the wonderful way in which the film unfolds with Jeff spying on his neighbours. They're all shown from a distance and it adds a very realistic and recognisable aura to the people he's watching.

There's also a number of almost spooky visuals and scene settings contained throughout that add an air of euthentic mystery to some of the things Jeff is watching.

Not all of it works, the film sadly has aged slightly... it is near 60 years old after all... but still, that doesn't take away to much on how wonderfully well made it is overall.


James Stewart plays Jeff... and he's absolutely on top form. His down to earth everyman who turns slowly into a paranoid and obsessed curtain twitcher is not only well realised and ocassionally funny, but also at times quite disturbing as the other side of his character evolves.
Grace Kelly plays Lisa, she too is wonderful. Her prim and proper upperclass persona shines through perfectly from Kelly. Her chemistry with Stewart is also brilliant, especially when they start disagreeing with each other.

Thelma Ritter makes a nice show too as the dismissive nurse who takes care of Jeff.

Backup comes from Raymond Burr, Judith Evelyn, Georgine Darcy and there's a show from Wendell Corey as a Police friend of Jeff.


As for 'action' as such, there's little on show, the film revolves around the quiet mystery and paranoia that builds up through the running time. The ocassional hint of more exciting cinema though, and the discovery that the characters go though, especially when Jeff sends Lisa out on an 'errand' is handled exceptionally well.


All in all, Hitchcock at his finest.
Full of intrigue, incredibly engaging, extremely well written and full of mystery and wonderful atmosphere.
It's also ocassionally funny... there were some scenes I just found myself locked onto the screen smiling constantly.
A wonderful thriller and an absolute must see.