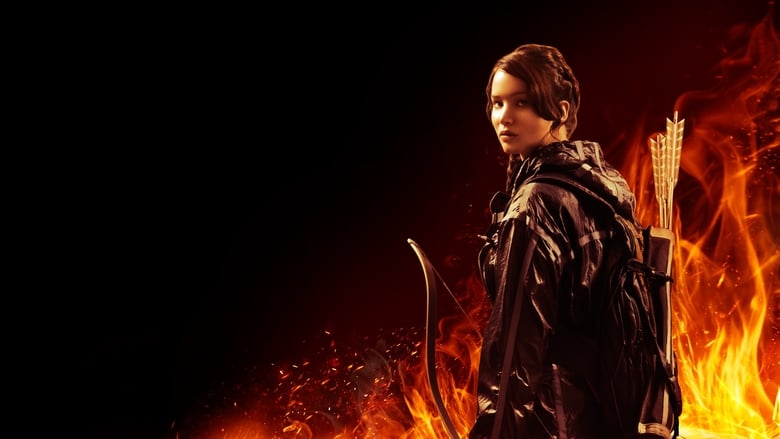 The country of Panem seems to enjoy blood and gore at the expense of small children and teens. Every year in this futuristic country—planted on the ruins of the U.S.A. no less—the Capitol of Panem decides to hold an annual Hunger Games as punishment for a massive uprising that lead to the destruction of District 13, the leaders of the rebellion. This is an arena duel in which twenty-four “tributes”, one boy and one girl from each of the twelve districts, must fight to the death in order to win. Last one standing wins great riches, simple as that. While not the first to come up with this kind of idea, the book’s author Suzanne Collins has created a unique twist on the idea, and Director Gary Ross (Pleasantville, Seabiscuit) has beautifully adapted it to the big screen.

The premise stated above is the entire plot of this film. It centers around a girl named Katniss Everdeen (Jennifer Lawrence). Katniss is a girl in District 12, the poorest district. She is a fifteen year old hunter who gathers food outside the outer fence in order to keep her family alive. She hunts with her friend Gale (Liam Hemsworth), who’s been her best friend and guide for a few years. Both actors play their part superbly, with Lawrence giving the audience the same incredible depth and range she showed in X-Men: First Class. Her portrayal of Katniss is dead-on, bringing the tough yet loving fighter to life throughout the whole show. Hemsworth does an admirable job too, considering the short screen time he’s given.

On the day of the games, Katniss’s sister Prim (Willow Shields) is selected for the games in a scene that captures the hopelessness and cruelty of the actual games, with not one dreary face missed. Fearing for her sister’s life, Katniss volunteers so that Prim would live, knowing full and well the consequences of participating in the blood sport. Joining her is Peeta Mellark (Josh Hutcherson), the baker’s son. Hutcherson, too, shows great power in his role, giving the timid Peeta a strength the audience can identify with almost immediately.

Assisting them are Effie Trinket (Elizabeth Banks), the perky District 12 team leader, Haymitch Abernathy (Woody Harrelson), a past winner who’s glued to his flask, and Cinna (Lenny Kravitz), the stylist—because the tributes must look great before they’re bathed in blood. Each helps the two from District 12 as much as they can in order to make them appeal to the audience about to watch the games.

The film itself is excellently paced, especially for its length of two hours and twenty minutes. Not one moment is wasted, and few give the audience any peace of mind. I found myself chewing on my fingers more than my popcorn watching this flick, it was that suspenseful. Even the moments that set up the games themselves held the collective breath of the audience, with little time to catch it in between.

The rest of the cast is well-acted as well, with one of the tributes giving an intense and frightening performance as a vicious competitor wanting nothing more than to shed a lot of blood. Not bad considering she only had five minutes to deliver such a powerhouse scene. Another tribute, a pre-teen girl with no room in her heart for violence, helps Katniss out and delivers one of the more emotional scenes in the film. No tribute, announcer, or President is spared a lousy actor or actress, and the film benefits greatly from that choice.

By the time the actual games come around though, the film gives us a bit of a mixed bag. While subtle scenes deliver chills and shocks, the action suffers from overzealous and shaky camera work that barely keeps up with the action and gore (which is toned down a bit from the source material). The director isn’t known for shooting action films, however, so this is a forgivable offense for the time being. The rest of the event is shot beautifully and executed in such a way that many scenes feel grand without them needing to be.

It’s not a completely faithful adaptation, mind you. The novel is told in Katniss’s single point of view, while the film gives us the behind-the-scenes look from the view of the Capitol, the audience, and even some of the other tributes. This is the strength the film has over the novel, where the movie-goer experiences this social drama going on, this underlying focus on the lust for media violence the film seems to throw at us from all angles, both subtle and in-your-face. It does take away a few scenes with Katniss that fans of the novel might cringe about, but none of them are too glaring to even consider.

A lot of loose ends get created in the process, however, which obviously set up for the sequel, Catching Fire. Also, some of the CGI effects, such as the tracker-jackers and the Hulk dogs the gamemakers send out, are done rather poorly, and distract from the very realistic portrayal of this fictional universe. The Peeta/Katniss romance does seem a bit cheesy at times (as shows in the writing on occasion), but at the same time is touching and not too overdone like in many teen dramas.

Overall, this is a flawed, yet faithful adaptation to a well-written and highly popular novel series that will see no end in the near future. The shaky camera during the action might take away the suspense factor a bit and the CGI is distracting, but the overall feel of the film overshadows everything else, from the great score, the great acting all across the board, and the social message it tries to deliver.