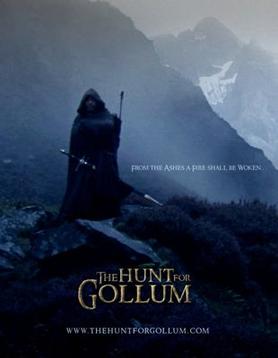 This is a British film that takes place just before the first Lord of the Rings film, I had never heard of this film until stumbling upon this on Youtube so I figured it had to do with the LOTR story so I would give it a shot, this is a short film coming in around 39 minutes. I thought that they did a great job keeping in mind that the film was made with less then a 4,000 dollar budget, the makeup on the orcs was done well and coming up with a lookalike for Viggo Mortensen and Ian McKellen if that is what they were trying to do then I give them an A for effort.
Basically the story is Gandalf getting Aragorn to find Gollum because Gandalf belives that he knows the location of the ring, Aragorn sets out on his journey with a few decent fight scenes along the way (less then 4,000 dollars), this being a short film I am not sure how much more I can say without giving away to much. If you are a LOTR fan and you have not seen this then definitely give it a shot, it's only 39 minutes so even if you don't like it than it's no big deal.