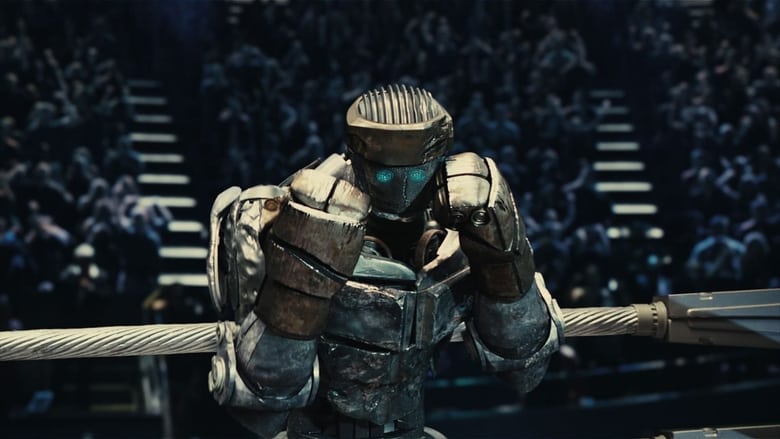 I saw this in London when it was first released and there was something very uplifting yet flawed about the film.

The film is A future-set story where robot boxing is a popular sport and centered on a struggling promoter (Jackman) who thinks he's found a champion in a discarded robot. During his hopeful rise to the top, he also discovers he has an 11-year-old son who wants to know his father.

This film is very enjoyable because of the world that the film is based around as well as Hugh Jackman's performance. He plays someone who is taking life one step at a time as well as looking out for only himself. The child comes in and then his character slowly begins to take a new direction. The Robot theme is more or less added to make the father and son bonding genre fresh and original in someways, yet it doesn't and is more of Rocky with robots.

Never the less, the effects are great and the story is good enough to warp you into this new world that Shaun Levy has directed. He is fast becoming a very talented director who isn't a world class genius, but does make good films.

Overall, Good effects, cliche yet enjoying story, Real Steel manages to throw the one two punch to entertain the fans.