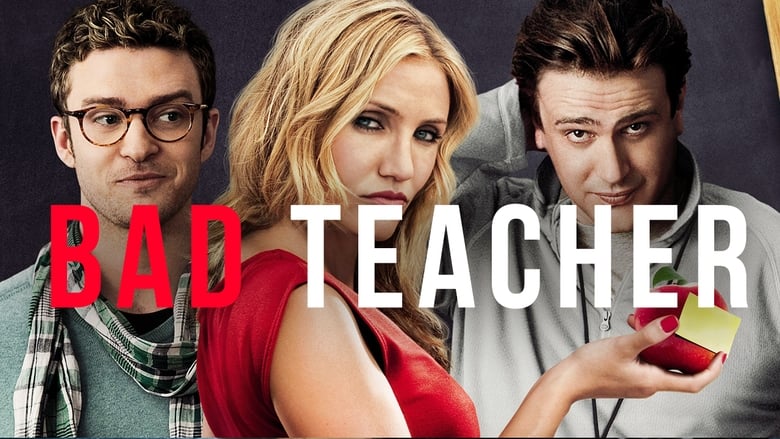 It looks as though this is going to be the summer of R-rated comedies. Seeing as how those usually turn out as the best, I’m pretty happy. I wasn’t really expecting much out of Bad Teacher, though. The trailer had me laughing, but I thought it was going to end up being one of those movies where the funniest bits get shown in the trailer. I was pretty surprised when I found out that first thought was wrong. Don’t get me wrong though, it wasn’t great by any means.

I thought it was incredibly funny, but I find it to be that hollow kind of humor that just won’t stick upon re-watches. I’ll have to see it again to test this of course, but I have a strong feeling it’ll just end up being one of those cases.

I like Jason Segel a lot, so I’m to the point now where I’ll pretty much check out anything he’s in. I find him to be incredibly underrated because he hasn’t quite hit it big yet, though he’s surely making his way up there. I don’t know what happened with Timberlake, because I hated his presence all together. I was actually starting to appreciate him more after his performance in The Social Network, so I have no idea what happened with him.

I guess I shouldn’t have really been expecting all that much, but the ending was incredibly predictable, too. That didn’t shock me too much when I figured it out, because they weren’t really going for something predictable. Actually, the entire movie was pretty much predictable, but still fun to watch nonetheless.

It’s definitely a funny film that you should check out, if you’re in to this kind of humor of course. It’s just going to end up being quick laughs that aren’t really memorable to you at all. I have higher hopes for the other R-rated comedies coming out later in the summer – like Horrible Bosses or 30 Minutes or Less. I guess we’ll just have to wait and see if they turn out any more memorable.