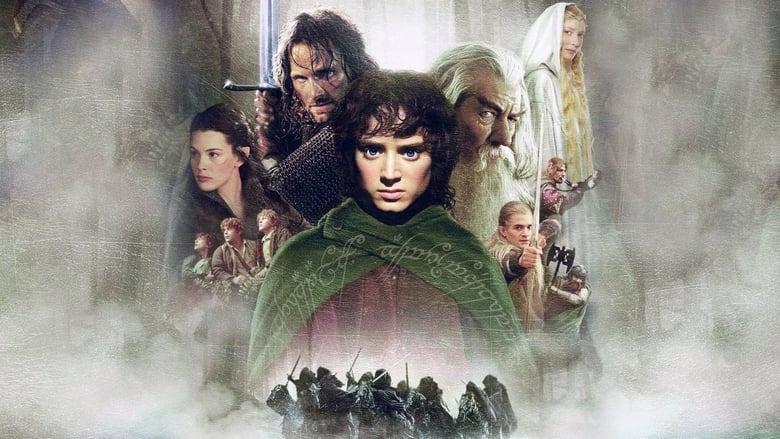 Connor Macgregor Reviews...The Lord Of The Rings: The Fellowship Of The Ring

It would be a cinematic crime if you haven't seen this film. The Following reviews are centered around the previous decades biggest masterpieces in modern day cinema. This trilogy alone is changed fantasy cinema forever and brought to life a series of novels well established and beloved for many years. This is the first of my Lord Of The Rings 3 Parter.

An ancient Ring thought lost for centuries has been found, and through a strange twist in fate has been given to a small Hobbit named Frodo. When Gandalf discovers the Ring is in fact the One Ring of the Dark Lord Sauron, Frodo must make an epic quest to the Cracks of Doom in order to destroy it! However he does not go alone. He is joined by Gandalf, Legolas the elf, Gimli the Dwarf, Aragorn, Boromir and his three Hobbit friends Merry, Pippin and Samwise. Through mountains, snow, darkness, forests, rivers and plains, facing evil and danger at every corner the Fellowship of the Ring must go. Their quest to destroy the One Ring is the only hope for the end of the Dark Lords reign!

There are many things i want to start off with, but i will start with characters. We are introduced to The Fellowship and their traits. Frodo is the reluctant hero who has to bear an unbearable task, but if acheived will restore peace to Middle Earth. Frodo is aided by Sam his loyal companion. Sam is always trying to protect Frodo from danger and even putting his life at risk for the sake of protecting Frodo. His courage grows as he and Frodo take on their quest as well as developing their own friendship. Merry & Pipin play as the comic reliefs in the first half of the film, but come the uniting of the fellowship, they mature slightly, but not massively. Then there is Gandalf The Grey. Gandalf is a great character who has to take upon leadership and take the role as a mentor to Frodo when he discovers he now possesses the one ring. Aragon or Strider is a mysterious figure who quickly earns Frodo's trust and becomes an important character in the story. Legolas, Gimli & Boromir are played under, but in the second act Boromir gets a more star billing as his character develops into a more twisted persona.

The Story is played out really well and you get a clear cut idea of the characters both good and evil. The Cinematography and costume design on this film is so well done. I was absorbed into Middle Earth so quickly and without issue that i thought what i was watching was real. The Orcs were sinister creatures and the Hobbits were shot well. I also must talk music. This is Howard Shore's masterpiece and undoubtly one of the best scores of all time. It fits the film like a glove and continues to absorb you into this mysterious world of Middle Earth.

Overall, A Masterpiece without a doubt. Lord Of The Rings got off to an acclaimed start winning 5 Oscars and many other awards. This is a film worth your time.