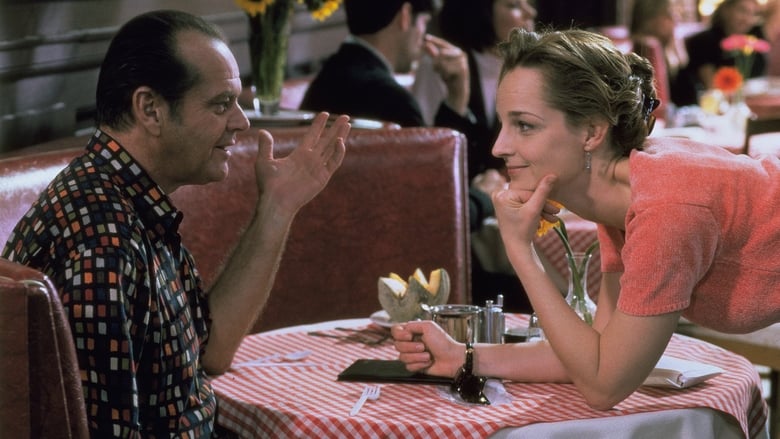 1997 has been the hardest year so far to choose the best of the year, with a select group of good films released in this year. To start off with, I will name the runner-ups; James Cameron's Titanic, which isn't as good as Terminator 2: Judgement Day or Aliens, but still is a fantastic historical epic;Quentin Tarantino's underrated Jackie Brown, which has been accused of trying to be too adult, but stands as one of the best of Tarantino's career and features a good performance from Samuel L. Jackson;and finally Gus Van Sant's Good Will Hunting, which I liked for Robin Williams' brilliant performance and the well-written screenplay. Other films I liked were The Lost World: Jurassic Park, Face/Off & Starship Troopers, but would never be the best of the year. It came down to a close competion between As Good As It Gets & Donnie Brasco. Donnie Brasco is an underrated gem, with a remarkable script and great acting (especially from Pacino), but ultimately, As Good As It Gets gave me warmth, humour and overall enjoyment. It remains the best film of 1997.

Melvin Udall (Jack Nicholson) is an acid-tongued, rude, mean, obsessive-compulsive novelist living in New York. He is habitually insulting to everyone, most especially to his gay artist neighbour, Simon (Greg Kinnear), who has the most adorably ugly dog ever. Every morning, Melvin takes the same route to the same resturant to have the same breakfast at the same table with the same watiress named Carol (Helen Hunt), who is a single mother trying to raise her ailing son. Melvin enjoys living his routine existence, until Simon is hospitalised and Melvin is forced by Simon's agent (Cuba Gooding Jr.) to take care of Simon's dog. This forced act of kindness and his growing friendship with Carol the waitress helps Melvin start to care about people other than himself. 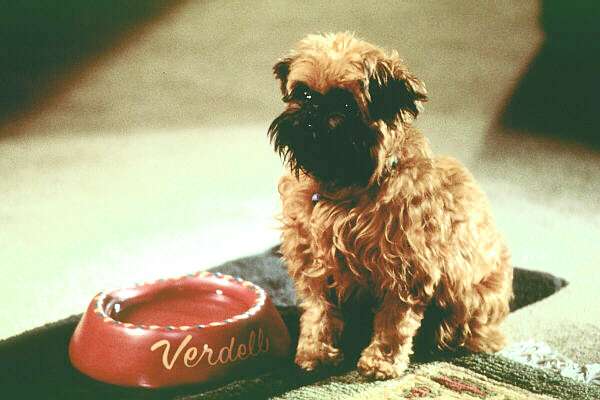 The story of this film sounds a bit routine, but the incredible casting and hilarious dialogue are what make this movie greater than what it would have been with routine actors and a considerable screenplay. The dialogue is tart and funny, creating some of the best lines put on film. All the characters are well-written and well-conceived and each scene is as good as the one that precedes it. The screenplay should have won all the awards in 1997, and is also another of my favorite scripts.

The performances are brilliant in this film. As Carol, Helen Hunt is compassionate, warm and the perfect mix of emotion and humour as Carol the waitress. The best of her career this performance remians (a bit of Yoda-speak then). Greg Kinnear is even better as the thankfully non-stereotypical gay character. Kinnear is a truly underrated acting talent and this is also the performance of his career. Of course, the star of the show is Jack Nicholson as Melvin Udall. It's possibly the greatest comedic performance of anyone's career, and if not, certainly one of the most memorable. Udall's behaviour is perfectly captured in the delivery of Nicholson's lines and physical movements. To pick his finest moment is hard, but if there is one to be chosen, it would most definitely have to be: "This is New York. If you can make it here, you can make it anywhere,". This is Nicholson's performance of a lifetime and he has never topped Melvin Udall (nope, not even in Cuckoo's Nest).

As Good As It Gets is definitely deserving of it's awards and I do not understand why many people on this site dislike. If not the greatest, it's certainly my favourite comedy, taking No. 1 in my top 5 (2. The Hangover, 3. The Big Lebowski, 4. Little Miss Sunshine, 5. Superbad). I loved As Good As It Gets, for the humour, the warm moments and most importantly, the career best performances.