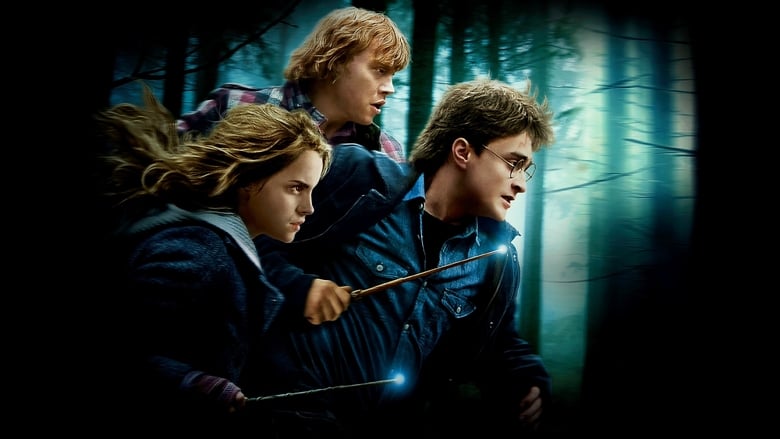 In the world of Harry Potter, we believe in little sticks that can create glorious lit creatures, in trains that appear out of nowhere, in pictures that move, and a myriad of other magical comings and goings from the mind of J.K. Rowling. Let's face it, we all know Harry Potter is truly a marvel.

I always knew the books were the phenomenon, with the films coming in a poor second. To me, the films were created for those poor souls either too lazy or uninterested in taking the time needed to read and enjoy the books. Those first two films directed by Chris Columbus may have been interesting to those who didn't know about Potter, but to us Potter book readers, we were bored silly. The third film was finally treated as a film and was more visually interesting and faster paced. The next few films became darker and darker.... each getting better than the one before. I still feel sorry for those people who haven't read the books, but now, I believe the films have finally reached the stage where they can be compared to the books. I feel comfortable now saying this is a fine film franchise after all.

We have three actors who have grown into their roles, and if you really think about it, has there ever been another time in movie history where we watched the main characters really grow up? How marvelous is that? Daniel Radcliffe has graduated marvelously from those forced lines he once delivered. This time around, I believed he was Harry. There was a moment in this film where I actually felt Harry's pain. I never felt that before.

The decision to split this film in two, which struck me as greedy in the beginning, was correct. We now have something the other films lacked – depth. I challenge those that thought the pacing was off. There is a good reason for Harry and Hermoine and Ron to be rather lost in the woods. That is what happened in the book. These three have come a long way and they are so close yet so far -- they have emotional turmoil to go through! We now have time for an awkward dance between Harry and Hermoine that was probably the sweetest and most surprising moment in the entire series. We now have time to have Ron and Harry have a wonderfully staged fight.

And we now have time for Hermoine to narrate a wonderfully drawn “story” of the Deathly Hallows. That was also a surprising moment. Well done.

I believe this was the best film of them all. For one thing, every single time that huge snake showed up, I was pulling my coat over my eyes and screaming like a teenager. Brilliant. Isn't that what Harry Potter is about anyway? Aren't we supposed to be kids again?

Of course, it is easy to see how different this film is from the past, but I believe it isn’t only the darkness of the story that makes this so special – it’s the decision to really tell the story this time by actors who have become their characters.

I cannot wait for the second part. I never thought I would get this excited. I'm also excited to see more of Snape next time.... god love him, that murderer!