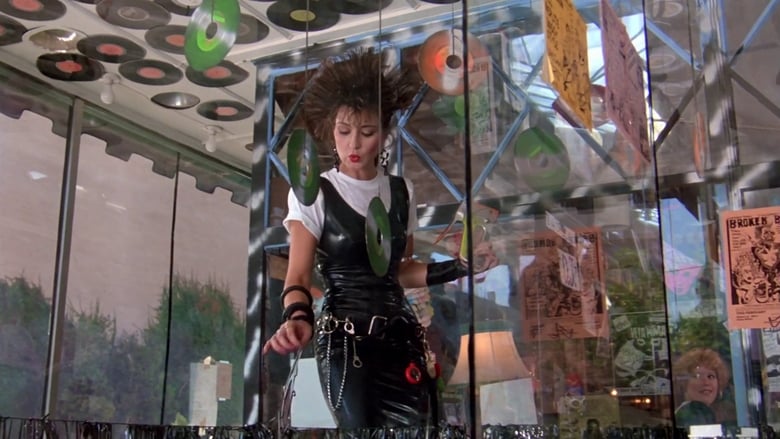 Remember when Teen Comedies were actually funny and hade interesting characters...well John Hughes did and he made some of the best Teen Films of any generation. I am gonna review one of his bests...Pretty In Pink.

Young Andie is one of the not-so-popular girls in high school. She usually hangs out with her friends Iona or Duckie. Duckie has always had a crush on her, but now she has met a new guy from school, Blane. He's one of the rich and popular guys but can the two worlds meet?

For starters , the characters are very good. Molly Ringwald was a great screen prescence to watch back in the 80s and in this film she gives it her all. She plays quite a likeable character with her own personality. Molly`s dad played by Harry Dean Stanton was apprantly high on drugs while filming Pretty In Pink and can`t remember ever shooting the film.

I also like Jon Cryer in this film. He is so much different from his role in Two And A Half Men and looks a lot younger but really hasn`t changed that much if you have noticed.The One scene i will love him for was the dance scene which i won`t say anymore on , but to me it was just comedy gold.

I do like the story in it too. The Rich kids in the film can be spoilt bastards at times. But still its very enjoyable and entertaining and John Hughes`s writing is very witty and keeps you with the pace of the film.

Overall Pretty In Pink is a solid Teen film with great characters , story and comedy moments.