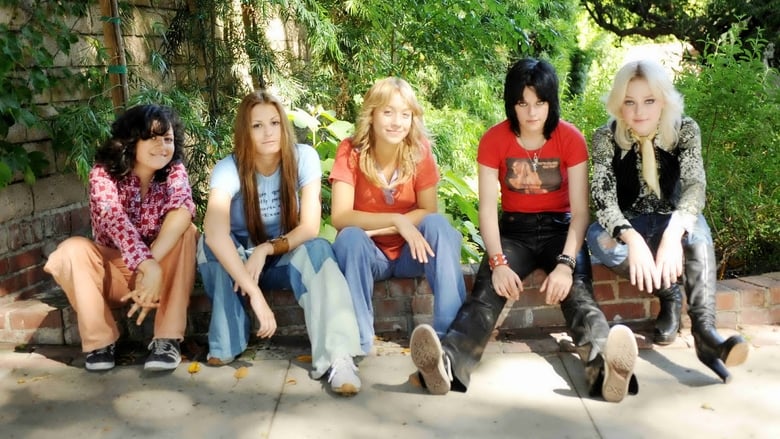 I have grown to love Biopics more ever since seeing Walk The Line. So the opportunity came where i had to see this film.

The Runaways (aka: Neon Angels) is based on lead-singer Cherie Currie's book 'Neon Angel' - a reflection of her experiences as a rock star, but also delivering a strong anti-drug warning to teens and others. David Bowie's "Space Oddity" serves as a metaphor for the narrative-- a slow countdown, a surreal but spectacular rise to fame, then alienation and burnout - a long long way from home.

I saw this in the Cineworld in Glasgow (The Tallest Cinema In The World) and really really liked it. The Performances are very mature and very surreal. Kristen Stewart completely works as Joan Jett. She fits the personality like a glove in the film and it makes the film work. Dakota Fanning is getting better and better as she gets older and this film is a clear example. It tells the story of one of the most underrated bands in music history.

I also love the look of it. It looks and feels like 70s. The Setting,Clothes and Expression. I am in The 70s when watching this film and it feels very disorientated and unearthly in a way.

But Overall,Solid film and a favourite of the year. Do take a look at this film and have a good watch.