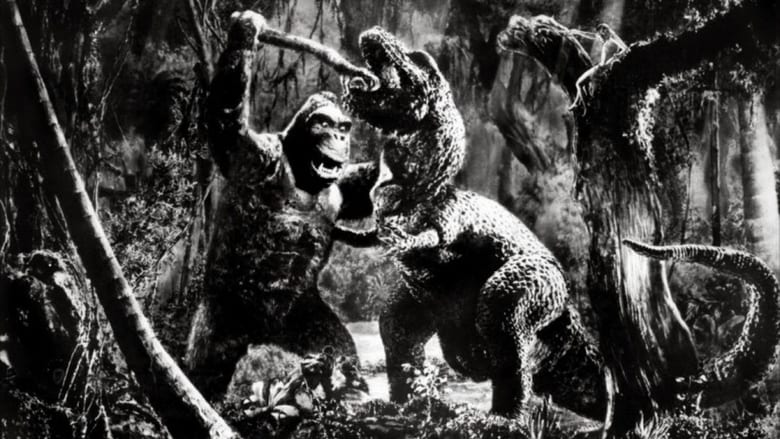 Classic film. Carl Denham (Robert Armstrong) wants to make a movie but he has no leading lady. Then he finds Ann Darrow (Faye Wray) and whisks her off on a boat to the ominously named Skull Island, inhabited by savages and ruled by- you guessed it- King Kong, a massive ape.

It's only a short film but it packs a massive punch. The special effects for the time were incredible and even now, they are still frightening. CGI is not overly scary- it's all too fluid and neat. This 1933 Kong is wild and jerky, yet there is something tragic about him.

Let's dispel a common myth now. King Kong is not a love story- it's not about a love triangle between two people and a gorilla. It's a cautionary tale of the consequences of people meddling with primitive tribes that they know nothing about. In the end, are the humans really superior to Kong? Or are they the savages, ripping a creature- a ruler- from his land and turning him into entertainment? Ann is not in love with Kong but she sees that he is an emotive creature, not merely a monster.