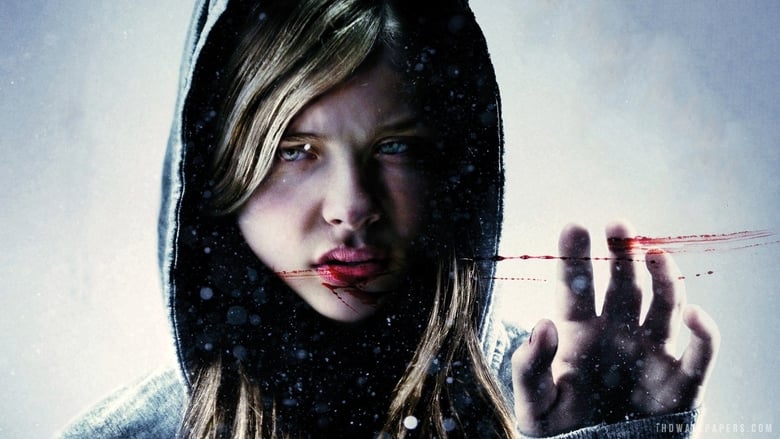 Let’s forget for now that the Swedish film ever existed. Let Me In as a book adaptation uses the characters loosely, attempting the “best of both worlds” in order to hold the usual American audience while retaining elements from the original piece. Now let’s forget the book exists. Let Me In as a film on its own finds itself pulling in too many directions for any one of its features to be allowed into fruition. It wants to be heartfelt, but can’t take the time to be because it’s also supposed to have horror elements so it would rather give more time to the killing. Or wait, I’m supposed to start with the positives. It was shot very nicely. And I liked the blurring effects. Reeves did the school bully sections right as well.

Anyway, the main issue with this film is the script. Owen is made out to be a kid who’s bullied at school, yet steals from his mom, while the mom is already in hysterics from the divorce-in-motion. Are you supposed to feel bad for him? Really? You could say he doesn’t know how else to handle his own psychological effects from his parents’ relationship, and turns to Now and Laters to throw a fake smile on his face...yeah nevermind. The Now and Laters theme song is so prevalent that it is part of the last shot rather than a reflection of everything he just experienced (I hope for the sake of Matt Reeves the candy has no symbolism...why the hell was this even included anyway?). Either Owen is just acted that poorly, or the script was just adding things here and there just to give him depth, and the introduction of religion was so contrived, trying to make the Dad sound like the metaphorical ******* when Owen asks him about evil in the world.

The relationship between Abby and Owen was intended to be heartfelt, a budding relationship and sign of light in a dark corner, mostly for their own lives. However, the dialogue has no breathing room for its transitions from mundane child talk to the serious stuff for any part of their compassion for each other to be believable, which is really upsetting. This is the part of the film that sets itself apart from any other horror film, yet it didn’t pull it off. And because Let Me In is fractionally a horror film, they contorted Abby’s face when she was under bloodlust. Some may argue that’s what vampires do, some may say it takes away from the realism of the film, but at the end of the day she looks like a Dawn of the Dead zombie. They could have just left it with her veins showing but whatever.

Honestly, going into this trying not to dislike it didn’t matter, because the film did this to itself. Without comparing it to the book or Swedish film, it does not work as an attempt to bring romance into horror or adopting a horror background for a character study. Shoddy rhythm gets character development nowhere, and if you lose the characters, then you just have the gore, which is hardly something to be proud of. It’s disappointing, upsetting, and other unfortunate adjectives. Way to hit the stereotype.