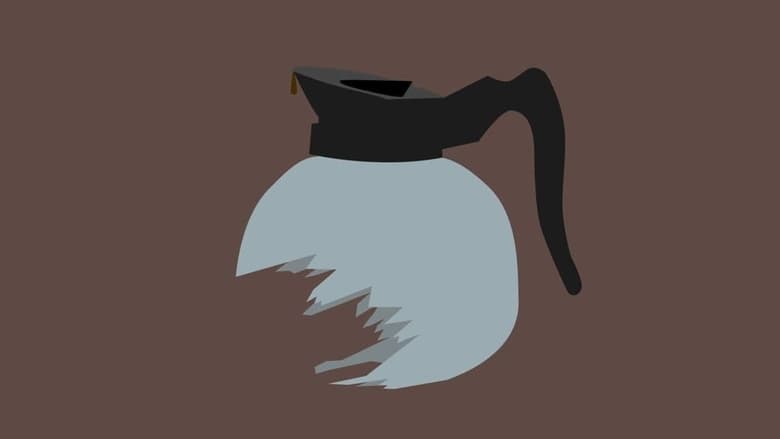 A History of Violence

Dave Cronenberg's A History Of Violence is a deliciously teased out mystery thriller that plays out like a cross between an old school western with familiar tropes of film noir. While the merging of such distinctive genres may seem uncanny on paper, the result is a beautifully accomplished piece of work that somehow manages to examine every aspect of the American Dream and it's associations with violence and how it creeps up on even the unlikeliest of us.

I didn't really think too much of violence after my initial viewing 4 years ago. The last film on VHS was not what I expected it was going to be the first time round because I had been led to believe that it was some sort of gory action thriller by some of my friends, and while I did not dislike the film, I did feel somewhat underwhelmed when I didn't get my dose of wham bam thank you mam.

BUT THEN..I did what I often do with most films I watch..I watched it again, and I have to say that never before have I done a bigger U Turn on a film than I did with Violence. My second viewing was surreal in that it felt like I was watching the film for the first time as it made me aware of things and brought out the strangest emotions that never occured the first time. I saw the film for what it truly is and to say I loved it would be like me saying Malin Ackerman is an attractive woman.

One thing that stood out was how subtle and masterful the "is he isn't he" vibe is. For those who have not seen the film, PLEASE LOOK AWAY NOW. as there are going to be big spoilers ahead.

Cronenberg handles these scenes like a maestro of the genre, slyly hinting at Mortensen's brutal alter ego until the big reveal. Mortensen himself is ****ing outstanding, particularly in the scenes were we are forced to read into his thought provoking gazes. He easily convey's Tom/Joey's inner demon by the simple ways in which he holds his face or slightly changes his accent. It really is almost like a double personality and it is to Mortensen's credit that he makes Joey Cusack come across as a twin compare to the soft spoken and somewhat feminised Tom Stall.

Part of the fun of this film is in watching how the the rich backstory affects the film's present setting. The always excellent Ed Harris takes on the difficult task of providing the backstory to the spectator in a way that's not too obvious. His gangster Fogerty is instrumental in planting doubt in the spectator's minds about Tom's existence. It's almost ironic that the villain of the piece, with his creepy facial scars, turns out to be somewhat of a reliable narrator.

Cronenberg is a bit unrecognisable here to the untrained eye. The body horror master channelling Sam Peckinpah and key figures of noir to deliver his own visionary interpretation of the graphic novel adapt. Cronenberg's atheism and obsession with the scientific nature of human beings is on display in a straighter way here than in the past.

See the effects of the very violent scenes in which Joey bursts into near unbelievable athleticism in order to take down the wise guys threatening his family. We are cleverly encouraged to cheer Joey on as he arm locks one unfortunate thug and repeatedly proceeds to thrust the thickest part of his palm up towards his nose. We clap at the bravado of this heroic act, only for cheers to turn into disgust as we see the very disturbing physical effects of Joey's actions etched all over the face of the thugs smashed face. This is where Cronenberg gets to shine the most, using his body knowledge to excite and disgust as while at the same time, intelligently allowing us to consciously acknowledge our spectatorship for violence.

There are two interesting and contrasting sex scenes in the film. The first, a tame one where the characters get to act out their fantasys or whatever with Maria Bello (Her best performance yet) dressing up as a cheerleader seducing and apparently dominating Tom. This is a cute moment in which Edie appears to be force whereas Tom is the passive. It's a moment brought on by pure pleasure.

Contrast that with the scene on stairs, a much darker and more painful sex scene where Edie already knows about Joey by then. It's one of the most interesting scenes in the film because it really brings out different perspectives of the psychology of the characters. In my opinion, I think Edie's inner turmoil is revealed by that point as she can't stop herself from making love with Tom. Inside her, I felt, revealed a desire for somebody strong and more masculine than than Tom. I think she ends up being attracted by Joey's violent skills and hates herself for it.

The film does have a satirical edge and a lil bit of dark humour, particularly in the climatic Philidelphia location, but overall, I would say that Cronenberg is dead serious and his meditation on violence and it's extroadanairy effects have never felt so profound.

It was after Cronenberg's audio commentary, which is fantastic btw, that I noticed deep the theme of violence was explored. There is the hierarchy of violence, as seen when school boy bully of Tom's son, Jack, is seen plotting to do some bully boy antics to the seemingly weak and sensitive kid and sets about doing so just before a monster truck pulls up in front of them, blocking their path. Bobby and his buddy are about to respond via abusive sign language until they wisely consider that the gaze of the truck drivers, (One being the awesome Stepehen McHattie) is not the gaze of a normal person. So then Bobby goes off with his tail between his legs. I love that moment because it shows the noticeable shift in power between random individuals. One moment you could be staring down a guy who might have nearly knocked you over with his car only to accidentially bump into another guy who's physically presence is too powerful for you to freact fearlessly to.

Cronenberg also suggests that such acts are in the blood, which I partially agree with, though im not too keen on the gene thing generally. Throughout the course of the film, Tom's son is shown to use his brain rather than his apparent lack of physical brawn to fight Bobby off, but after being push around one too many times, Jack beats the living crap out of Bobby with very little effort, reminiscent of his father. So Jack, just like his father, naturally knows how to kill people. Would Cronenberg apply this to every aspect of the human condition? Im not sure, but I enjoy speculating and in the case of AHOF, it would seem that he at least believes that inherent in a lot of us in a basic instinct. A need to survive and conquer. The two criminals at the start of the film seem to represent simple animals, out on the prowl. No reason rather than self preservation and the need to succeed. Their motives are very simple, which I think is actually the disturbing thing about it all. Violence doesn't all need a motive in order to be displayed. Some people just need to..I dunno, let it out I suppose. And whilst it's ugly and nasty, it's very human and something I feel the film deals with extremely well.

William Hurt's oscar nominated cameo isn't as special as the nomination may make it seem, but he gets his some pretty funny dialogue.The cinematography is GOLD. It's beautifully photographed by Peter Suschitzky and really helps enhance The American Dream vibe that the film has going on for the first part of the movie. Slight colour tone shifts transform it into a noir towards the end, but it never feels unbalanced, and is some of the best colouring I have ever seen in a film.

I've said way too much and some of it may not have made sense, but this is top 5 for a reason so I had to get it all out. Violence is a way of life, affording to Cronenberg. Sometimes we need it, most times we don't, and while it's not pleasant, there is a necessity to it. Only the strong will survive at the end., and Joey is living proof.
» More about A History of Violence
» More reviews of A History of Violence
» More reviews by The Prestige