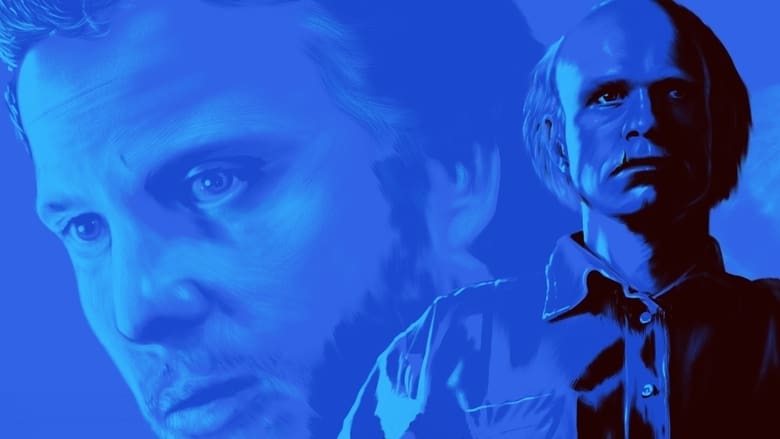 Rather than working the evidence and making minute connections in the life-sized jigsaw puzzle; FBI Profiler Will Graham (William Petersen) makes intuitive leaps in logic by empathizing with the Unsub, then anticipates his moves and motives.

Right off the bat, I prefer this version to the remake. I prefer Brian Cox's vicious meat and potatoes Lektor (he has only two scenes in the film) over Anthony Hopkins' sissified interpretation. He's so narcissistic he even Americanized the spelling of his name. Joan Allen has a nice part as a frisky co-worker. Tom Noonan is also a rather sympathetic monster.

In the novel. Dollarhyde was born hideously disfigured with a hole in the middle of his face and had extensive reconstructive surgery to make him appear normal. All that remains of that, is his telling gesture of always hiding his face with his hand and Reba McClane's immediate notice of all the voice therapy he's already underwent.

I think Manhunter hints that Graham is an empath. Since he spends his days living the dreams and nightmares of serial killers, and logistically, he supposed to be shuffling papers in the rear with the gear. But always ends up close and and personal with these monsters. I'd like to go a little bit further and make a case for Graham being a highly functioning sociopath for two reasons.

First of all, there is definitely something wonky going on with Graham's reflections. If you watch his arrival at the first crime scene, his reflected image is fragmented but at the sound of Mrs Leed's voice on the answering machine the shock (or the thrill?) of hearing her voice quickly solidifies his image in the mirror.

There's a wonderful shot in the airport lounge before heading to Atlanta for his final physic transformation when he'll let the killer inside him have full possession of his faculties. He talks to this living and breathing entity just on the other side of the glass.

During the final confrontation; Dollarhyde goes to his kitchen window and sees a man running towards the house. His full realized Doppelgänger explodes from the world of darkness into the real world. Notice how Graham also punishes Dollarhyde with several blasts before dropping him with the head shot.

When he visits Lektor in his cell for the first time, this scene includes a reverse shot through the bars from Lektor's point of view, implying that in addition to getting the "scent" back, he's also reacquainting himself with the consequences of overindulging himself. The double cell idea intimates that Graham's ability to step outside himself is the only real difference between him and the monsters he hunts.

And lastly; the film buries the Tooth Fairy's Modus operandi which involves his first killing or maiming the family pet as to announce his presence and stroll in unharassed into their lives. Although this detail is missed by Tattler's tail wagging reporter (Freddy Lounds) and the quiet army of technicians working and interpreting the evidence. Will pats him on the head and quietly tethers Lounds on a grassy knoll at nightfall. This essential pattern is not lost on Graham. Lektor is the only other person clever enough to pick up on this, and out of professional courtesy between killers only mentions that little bit of nastiness in passing ---- Prison decorum also prevents him from attempting a fist bump with Graham.

Back in the day, when Manhunter was released originally, the idea of a licensed psychopath roaming the gentle countryside was a way too creepy to be variously enjoyed. However, with the intervening years and years of slab work and forensic science programs; A solid foundation has been built up for our favorite blood spatter expert---the likeable sociopath who only kills the wicked. Of course, I may be reading way too much into the material but I like Micheal Mann's Manhunter because the character of Will Graham is part empath and early prototype for the Dexter character.