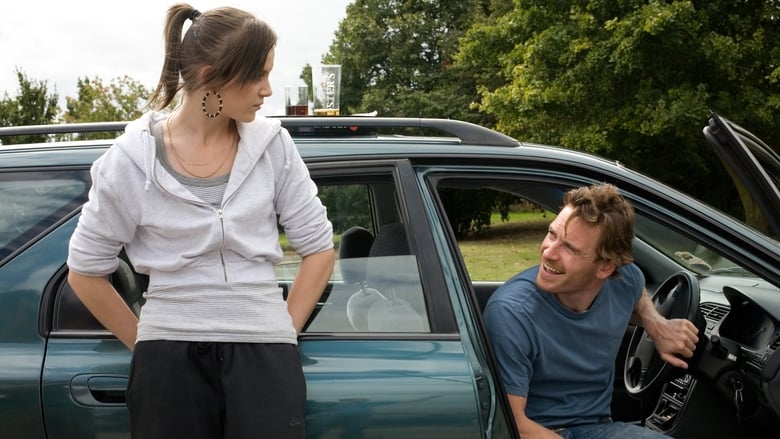 I remember a couple of months ago when the Young Victoria opened, and I actually stopped myself from seeing the film with the thought: "Do I really need to see another frivolous movie about the pomp and circumstance of the idle rich? The lives of millionaires and billionaires are so removed from daily struggles of most of the other human beings on this planet as to have an much inport on our daily lives as the weather patterns on Pluto. I'll skip this one.

Thankfully, I didn't skip Fish Tank. The story is bleak, since the chances of a happy ending are extremely remote and preordained. If 15 year old Mia she looks around her, she can see the people who've lived all their lives in this housing project, great clusters of society warehoused in run-down apartments with almost no opportunities for better future. The Architectural style of her building is actually called a Fish tank.

Mia's voyage, is a voyage that's repeated endlessly that very few survive. The lack of options and traps of poverty eventually trip them up and beat them down. One has to scream over the din to get heard, One has to lash out physically to get some eye contact and attention. Her mother, Kierston Wareing---The high point of her week is the Saturday night blow out. (Unrecognizable from the upwardly mobile huckster she played in Kenny Loach's "It's a Free world".)

There's a little bit of poetry splashed about; Her solo dancing; Her future dreams are metaphorically pinned to a dark horse, or rather a sway-backed nag heading to the glue factory. Her theme song: A remake of California dreaming. When she says goodbye to her mother in a dance.

Ms Arnold is a welcome addition to working class cinema and joins those estimable ranks of the Brothers Dardenne (the Hand held Camera) and Kenny Loach. Although, I think Ms Arnold is going to quickly branch off and explore sexual politics; particularly between male bounders (those Hound dogs who only live for the prowl) and the women seduced by them. The character, Connor (Michael Fassbender) is as charming as the devil, prowling by the fish tank to scoop up a few guppies here and there and using sex to spice up his monotone suburbian life.