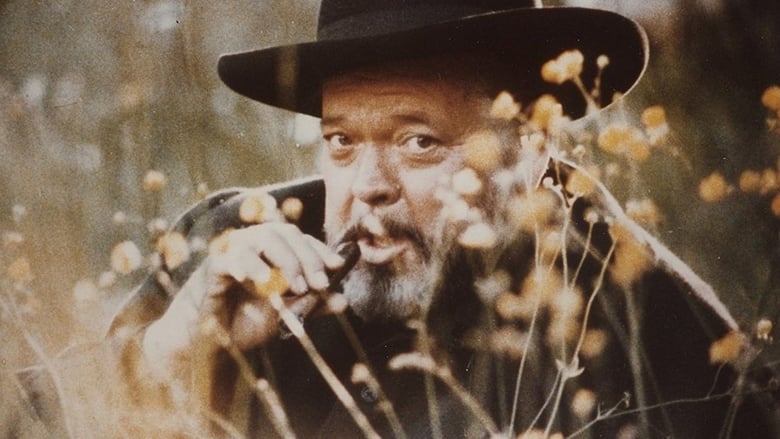 To Change the Truth is to Innovate


A wonderfully Wellesian take on documentaries and art, this delicious, lugubrious cocktail of impressions, half-truths, magical deceits and peacock personalities is in theory based on some bedrocks of truth. There was once an art forger, who had a biography written by an author who turned out (mid-filming) to be a faker himself, when his biography of the etheral Howard Hughes evaporated, exposed as a crowd-pleasing sham.

But that's just a launching point for the torrent of 70s sexiness and prismatic ponderings that Welles then sets free... Everybody Loves a Lie
This definitely isn't the documentary the BBC would have made when they initially got Welles in to provide a knowledgeable voicover. It's thoroughly personal for a start. Welles is in love with his cursive editorial style, folding family and friends into the frothing mix. The whole thing is something of a joyous folly, like a cathedral he briefly holds up, in a moment of overt seriousness, as a testament to humanity's creativity. But such slabs of weighty wordsmithery are the exception here. Mainy we get fed: subjective zest and glee imbued in every edit; underlying identification with those frustrated by money men and the arbitrators of art; preoccupations such as magic, film deception & affairs of the heart. The film lies to itself, it lies to us, and it's never less than entertaining, and even informative, with it.

The opening sequences jump around, because that's how it was at the time we're told. a chaotic melange of events and improvisation. Visual verisimilitude. If a faked picture hangs on a wall long enough, it becomes real, we're told. And does it matter if it's faked anyway, if it fills your visual field in a pleasing way, if it's real, in front of you. If it entertains?

Does it matter if the incestuous world of this film seasons its truths with lies and leavens its falsehoods with facts? Not at all. It's all the better for it. And although it's quite naturally not 'entirely true', it's a helluva lot better than most 'based on a true story' tales (fake biopics stemming from fascinations with Howard Hughes excepted